What is kratom? The popular herbal supplement has caught flak from the FDA 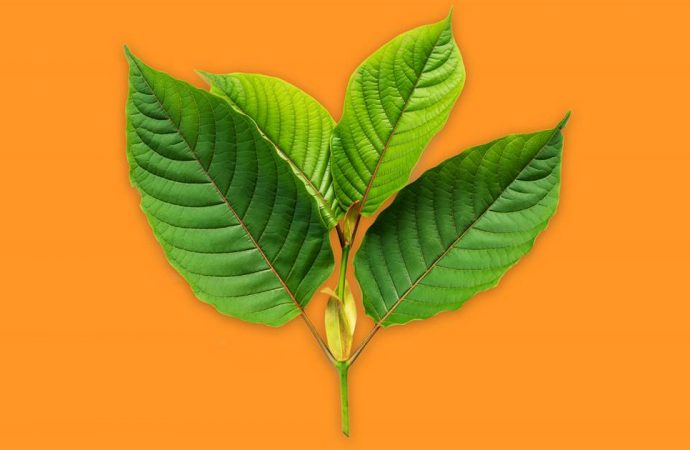 Bobby DiBernardo credits the herbal supplement kratom with getting him off heroin, oxycodone and alcohol six years ago. “It saved my life,” he said. “I could have died any day from a heroin overdose … 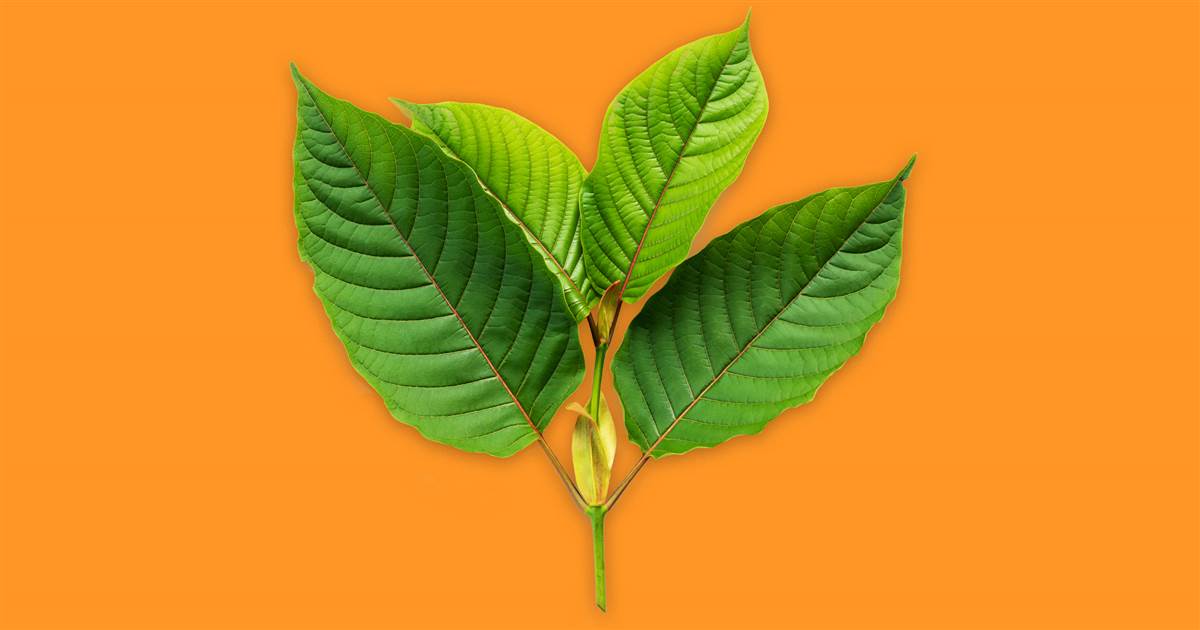 Bobby DiBernardo credits the herbal supplement kratom with getting him off heroin, oxycodone and alcohol six years ago.

“It saved my life,” he said. “I could have died any day from a heroin overdose and kratom gave me a new lease. It helped take away the pain of withdrawal.”

DiBernardo, 41, of Rochester, New York, still mixes a teaspoon of the herbal powder into a glass of water once or twice a day and drinks it even though he says it tastes terrible.

He is just one of the millions of Americans — potentially upwards of 15 million, according to estimates from the American Kratom Association (AKA) — to use kratom, a supplement made from the leaves of the Mitragyna speciosa tree native to Southeast Asia. Since at least the 19th century, the leaves have been either chewed or brewed in tea by people in Thailand, Malaysia and Indonesia to relieve pain, ease fatigue and boost mood. Kratom is believed to act like a stimulant at lower doses and have opioid-like painkilling effects and sedative properties at higher doses.

But as the supplement has surged in popularity in the U.S., safety concerns have prompted the Food and Drug Administration to warn consumers against kratom use and to crack down on companies making fraudulent health claims.

“We have issued numerous warnings about the serious risks associated with the use of kratom, including warnings about the contamination of kratom products with high rates of salmonella that put people using kratom products at risk, and resulted in numerous illnesses and recalls,” acting FDA Commissioner Dr. Ned Sharpless said in a June 2019 statement, when the agency issued warning letters to two companies selling kratom. “Despite our warnings, companies continue to sell this dangerous product and make deceptive medical claims that are not backed by science or any reliable scientific evidence.”

Six states — Alabama, Arkansas, Indiana, Rhode Island, Vermont and Wisconsin — and the District of Columbia have even taken the step of banning the supplement.

That’s a move that kratom advocates, including Lois Gilpin, 58, of Louisville, Kentucky, oppose.

Gilpin has been mixing kratom powder into her orange juice about two or three times a day for four years and says it relieves the chronic pain in her left leg and back so well that she can now get out of bed and enjoy her family again. “It’s definitely not a fix-all,” Gilpin said. “But for it to work well enough that I’m able to pick up my granddaughters from school and take them to the park is huge.”

She was so impressed with kratom that she began volunteering her time to coordinate the social media efforts of the AKA, a consumer advocacy group in Virginia that was founded in 2014.

So, is kratom really all it’s cracked up to be? Or is more caution needed?

How is kratom being used in the United States?

A 2016 online survey of more than 8,000 kratom users contacted primarily through the AKA found that most were using the product for relieving pain or treating mood disorders such as depression and anxiety. Others used kratom to combat withdrawal symptoms from prescription opioid or illicit drug use.

Most often, kratom was consumed as a powder mixed into a drink or in pill form, according to the survey, which was conducted by Oliver Grundmann, a clinical associate professor of medicinal chemistry at the University of Florida, and published in the journal Drug and Alcohol Dependence.

Is there solid evidence that kratom is beneficial?

“To date, we don’t really have clinical studies, rigorous studies like we do for drugs that the FDA requires before a drug is approved to enter the market,” Grundmann said.

That rigorous “gold standard” is not required before dietary supplements can be sold; instead, “what we have primarily are the beneficial uses that have been reported in a traditional setting in East Asia, and surveys and user reports in the U.S. and Europe,” he said.

In his survey, the most commonly reported benefits of kratom were reduced pain, increased energy and better mood. The majority of respondents reported benefit at doses up to five grams taken up to three times per day.

“I would say that we have relatively good anecdotal emerging evidence that kratom has benefits for the average user as long as we consider how much kratom is being used and what products are being used,” Grundmann said.

But while there may be encouraging anecdotal reports of benefits, some experts are calling for more research.

That depends on whom you ask — and opinions vary widely.

The FDA has issued a strong warning against kratom use. “FDA is concerned that kratom, which affects the same opioid brain receptors as morphine, appears to have properties that expose users to the risks of addiction, abuse and dependence,” the group states.

Kratom is an opioid. #FDA continues to be deeply concerned that it’s widespread recreational use is contributing to the opioid addiction crisis. People are abusing kratom and, in some cases, are unaware that they’re using an opioid with addictive qualities https://t.co/8XeD44DiPQ

“There are no FDA-approved uses for kratom, and the agency has received concerning reports about the safety of kratom,” the FDA says in a statement. “FDA is actively evaluating all available scientific information on this issue and continues to warn consumers not to use any products labeled as containing the botanical substance kratom or its psychoactive compounds, mitragynine and 7-hydroxymitragynine.”

In fact, in 2016, the Drug Enforcement Administration went as far as temporarily listing kratom as a Schedule 1 controlled substance — a classification that means it has no accepted medical use and high potential for abuse — only withdrawing the decision after a public outcry and a targeted petition effort from advocates.

The FDA also has expressed concerns that kratom products may be contaminated with heavy metals or salmonella, and that marketers are making misleading health claims.

In 2018, for example, the supplement was linked to a multistate outbreak of salmonella, prompting a mandatory recall by the FDA. (A specific source of that contamination was not identified, however, it may have occurred during the growing or manufacturing process.) And an April 2019 analysis of 30 different kratom products found traces of heavy metals, including lead.

Over the summer, the FDA issued warning letters to two companies for selling “unapproved, misbranded kratom-containing drug products with unproven claims about their ability to treat or cure opioid addiction and withdrawal symptoms.”

It’s that illusion that it is a plant so it’s going to be OK.

Dr. Paul Earley, an addiction medicine specialist in Atlanta and president of the American Society of Addiction Medicine, said that he treats patients dependent on kratom, including a recent patient who was in recovery from opioid abuse when he switched to kratom thinking it was safe. That patient later had to be hospitalized for kratom dependence.

“It’s that illusion that it is a plant, so it’s going to be OK, it’s milder than heroin — and yes that’s true — but it’s not a safe compound,” Earley told NBC News.

“Kratom does produce a physical dependence, and people who are susceptible to addiction especially should stay away from it, because it’s going to tickle that same part of the brain that opioids do,” he added.

Two reports this year linked kratom use to various adverse effects, even death.

One study in the journal Clinical Toxicology found that between 2011 and 2017, more than 1,800 calls involving kratom were placed to U.S. poison control centers. The most common complaints were agitation/irritability and rapid heartbeat, followed by nausea, drowsiness, vomiting, confusion and high blood pressure. But there also were some reports of serious complications such as seizures, respiratory problems, coma and, in 11 instances, deaths. Nine of the deaths involved other drugs such as cocaine, fentanyl and alcohol, but two cases were attributed to kratom only.

Another report, from the Centers for Disease Control and Prevention, looked at more than 27,000 drug overdoses entered into a multistate database between July 2016 and December 2017 and found that 91 Americans died from overdoses involving kratom. Most of the cases involved multidrug use, including fentanyl, heroin and benzodiazepines. But in seven cases, kratom was the only compound revealed in post-mortem testing. The researchers, however, noted that “the presence of additional substances cannot be ruled out.”

Critics say these types of reports are hard to draw firm cause-and-effect conclusions from because other contributing factors may be at play.

The AKA maintains there have been no deaths directly resulting from kratom products that are unadulterated and have not been used in combination with other drugs. “Kratom has been safely used for centuries in Southeast Asia where there are no deaths associated with the pure kratom consumption,” Mac Haddow, the AKA’s senior fellow on public policy, said. “In the U.S., there are no deaths that are related to pure kratom consumption.”

What’s ahead for kratom?

While some health professionals support a kratom ban, others say regulation would be a better route.

Dr. Peter Grinspoon, a primary care doctor and instructor at Harvard Medical School, said banning kratom would leave many chronic pain sufferers without an option they may be relying on if they want to avoid prescription opioids or cannot get them from their physician.

Still, Grinspoon recommends that his patients avoid kratom because of the lack of regulation.

“If you buy kratom you don’t know what you’re getting,” he said. “Are you really getting a gram of kratom or are you getting a gram of whatever is in the capsules in the powder that they’re calling kratom? There’s no oversight of the growth, production, packaging, distribution or sales of kratom.”