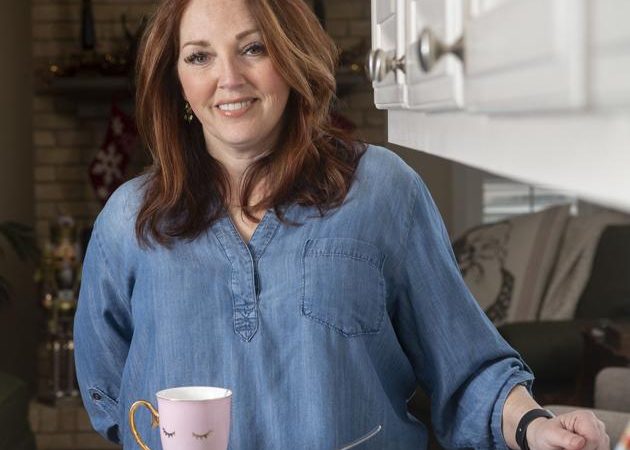 She added kratom products contain no warning labels along with dosages because they are unregulated, being intended as a dietary supplement. While legal in Texas, the possession and use of kratom is …

Kit Coward, a registered dietitian and certified diabetes educator in Longview, said she began having a hard time sleeping after a house fire about eight years ago.

“I was searching for all-natural, homeopathic — emphasis on non-addictive — approaches,” she said.

That is how she found out about kratom, which is made from the leaves of a plant from Southeast Asia that has been used in that region to sustain energy during hard labor and as an opioid-like pain reliever and sedative.

Coward said kratom appealed to her because it “was all natural … from a plant. And, from the research I did, there were not a lot of negative side effects or reports of addiction.”

While Coward said kratom has helped her, the East Texas Council on Alcoholism and Drug Abuse along with the U.S. Food and Drug Administration advise against its use.

“The big issue is the FDA has classified it as a drug of concern because it is considered an opioid” because of the way it works on the body, said Mindy Robertson, Prevention Resource Center evaluator at ETCADA. She added kratom products contain no warning labels along with dosages because they are unregulated, being intended as a dietary supplement.

While legal in Texas, the possession and use of kratom is illegal in Arkansas, Alabama, Indiana, Rhode Island, Vermont, Wisconsin and Washington, DC., according to the American Kratom Association.

“The extensive scientific data we’ve evaluated about kratom provides conclusive evidence that compounds contained in kratom are opioids and are expected to have similar addictive effects as well as risks of abuse, overdose and, in some cases, death,” then-FDA Commissioner Dr. Scott Gottlieb said in a statement in February 2018 in which he announced the voluntary destruction and recall of a large volume of dietary supplements containing kratom.

“At the same time,” he continued, “there is no evidence to indicate that kratom is safe or effective for any medical use. To protect the public health, we’ll continue to affirm the risks associated with kratom, warn consumers against its use and take aggressive enforcement action against kratom-containing products.”

Robertson and her colleague, Nathaniel Olson, program manager for Region 4 for the Prevention Resource Center, cited studies that said kratom use can cause anorexia, liver disease, insomnia and gastrointestinal problems based on people who said they have used the product once or twice a week for an undetermined amount of time.

The National Institute of Drug Abuse cites research this year that analyzed data from the National Poison Data System that found that between 2011 and 2017, there were 11 deaths associated with exposure to kratom. Nine of the deaths involved kratom plus other drugs and medications, including alcohol, caffeine, benzodiazepines, fentanyl and cocaine.

The institute said the FDA in 2017 identified at least 44 deaths associated with kratom, with at least one case investigated as possible use of pure kratom.

“The FDA reports note that many of the kratom-associated deaths appeared to have resulted from adulterated products or taking kratom with other potent substances, including illicit drugs, opioids, benzodiazepines, alcohol, gabapentin and over-the-counter medications, such as cough syrup,” the institute wrote in a report in April.

Coward said she started using kratom about seven years ago in a powder capsule with a glass of water or seeped in tea.

“It does help me sleep better, just a better sense of well-being,” Coward said .

She said she initially ordered kratom products online but now buys them from Kratom King, which opened in August in Longview. Kratom products also are available at local businesses such as vape and smoke shops.

Coward and David Shelton, owner of Kratom King, questioned some of the studies.

Coward noted the report said nine of the 11 deaths involved the use of illegal drugs.

“I’m a medical professional, and I would not take anything in which I would not do due diligence, and I can only speak for what this has done for me,” she said. However, she added, “I do not and cannot recommend it clinically in my practice because it is a supplement and it is not FDA approved.”

Like Coward, Shelton said he understood people who have had negative effects from use of kratom combined it with other products. He said he opened Kratom King after doing extensive research and also sells CBD products.

“Someone can take this daily” and not have side effects associated with prescription drugs, Shelton said. “It seems very safe from what I have been reading.”

Shelton, 34, said he began to explore alternative remedies after he injured his back in his early 20s and doctors had recommended painkillers.

“I did not like how my body reacted to it,” he said, referring to opioid painkillers. “I got myself off all my prescriptions.”

Robertson said ETCADA staff has seen some people in recovery locally who have relapsed into their previous abuse of alcohol or prescription drugs after using kratom. She declined to make them available for interviews on confidentiality grounds.

Will Knous, a spokesman for Christus Good Shepherd Medical Center in Longview, said he is unaware of anyone being treated in the emergency department for kratom. Libby Bryson, spokeswoman at Longview Regional Medical Center, did not respond to a request for comment.

For her part, Coward indicated she has sought to make educated decisions.

“When I started taking (kratom), the American Kratom Association has a list of vetted vendors, and I only ordered from them because their product had been inspected by an association panel,” she said. “That is why I would never buy kratom from a smoke shop or tobacco store. They don’t know if the product they are carrying is adulterated or not.”