This city is the kava capital of the U.S. 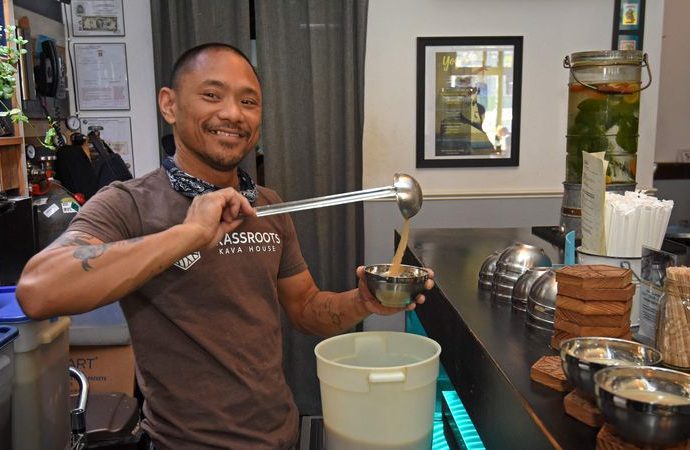 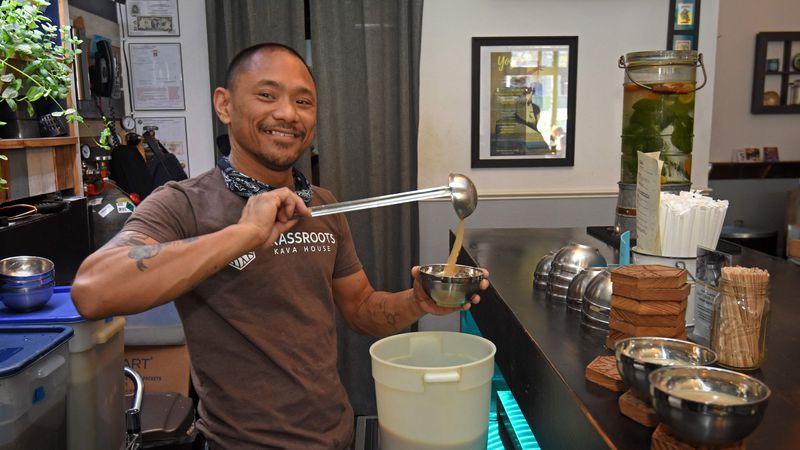 It will leave your mouth buzzing and your tongue numb.

Regulars say it gives them a euphoric calm. First-timers usually say it tastes like dirt.

It’s kava. It’s earthy. And, despite some skeptics, it’s only getting bigger.

Sure, trendy metros such as Austin and San Diego Bay have their own budding scenes for the South Pacific Islands drink — but St. Petersburg is arguably the kava capital of the continental United States.

“No one has as many kava bars as southeast Florida,” said local industry expert Matthew Masifilo. “But as far as concentration in one city? St. Petersburg rules them all.”

By Masifilo’s count, St. Petersburg and its immediate surroundings have eight full-service bars with kava and its likely partner, kratom, a plant drink from Southeast Asia.

That number grows to roughly two dozen once you add the tobacco and electronic-cigarette shops and lounges in the tri-county area that also serve the drinks.

Visit St. Petersburg-Clearwater has even started promoting itself as a kava tourism destination, posting a video online in January calling Pinellas County a must-visit area for any kava fan.

Neither plants have been clinically tested or approved by the U. S. Food and Drug Administration. But for centuries, they have been consumed by the cultures that discovered them and promote their medicinal properties.

Its advocates hope the drinks become as commonplace as coffee and tea. Yet, pharmaceutical researchers say there’s a lot left to learn and are wary of the growing, and unregulated, U.S. industry.

America’s kava story may not have started in Tampa Bay, but Florida was one of its early pioneers nearly two decades ago.

One of the country’s first kava bars opened in Boca Raton in 2002.

The rest came to Tampa Bay a few years later in a wave that’s not over yet.

“I heard news of two more last night,” Kenneth Hoyumpa said on a recent morning while seated at the bar at Grassroots Kava House in downtown St. Petersburg.

Hoyumpa helped open the Boca Raton bar, then worked at Bula Kafe, too, before he and four friends opened Grassroots in 2016.

Now there’s Steep Station, which also has a Tampa location, less than two miles away. InVision Cafe is also nearby, as is Muddy Waters, then there’s Mad Hatters in Pinellas Park, Low Tide in Gulfport — the list goes on.

Hoyumpa doesn’t view them is as competition.

In fact, it’s the feeling of community among the shops that fueled the Tampa Bay kava explosion more than in South Florida.

Kava is grown in the Pacific Islands and Hawaii. It takes two to three years for the roots to mature in the islands’ rich volcanic soil before it can be ground and served.

For now, local sellers are able to meet their demands.

“I’d guess only 10 to 20 percent of Pinellas County even knows what kava is,” Hoyumpa said.

The sound hung above the bar for a moment before people moved away from their laptops and eased to the front of Grassroots to put in their orders.

They had about 90 seconds before another part-owner of the bar, Ryan Cavanaugh, ladled some of the milky brown water into a silver shell and hoisted his arm into the air.

“BULA,” they said back, bringing the small bowls into the air before throwing the drinks to the back of their throats like a shot .

Many drink kava or kratom in lieu of alcohol. It’s way to unwind without the hangover. A researcher once called kava “nature’s Xanax” in an interview with the New York Times. To its regulars, kava is just as much about being social as it is to relax.

Bula, pronounced BOO-Lah, is Fijian for “to long life and good health,” he said, and it’s normal for the local bars to mirror that bit of kava’s island traditions.

St. Pete’s scene doesn’t adhere to traditional Fijian culture on the whole. It has a culture of its own, each bar acting like its own village with its own offerings.

Masifilo, the kava expert and a former Tampa Bay Buccaneers player, grew up understanding ceremonial kava — his extended family grows the root on an island in a Tonga village.

He created a Tampa-based kava business after ending his football career in 2014 and invented a strainer-ball to make and take kava on the go. The traditional way to make the drink — straining it in a mesh bag that’s squeezed by hand to be shared out of one communal bowl — isn’t marketable to Westerners.

The bitter taste can be a turnoff to Westerners as well. But Tampa Bay minds seem to have solved that, too.

Grassroots menu’s best seller is the “kava mule,” in which kava is mixed with ginger beer, lime and simple syrup. Mad Hatters has whipped kava drinks that are like milk shakes.

“Kava is a storyof human history,” Masifilo said. “Florida has its own kava culture, just like when early migration brought kava to other islands. It’s a beautiful thing to see.”

Researchers Chengguo Chris Xing and Christopher McCurdy at the University of Florida College of Pharmacy have dedicated years to understanding kava and kratom.

While locals compare drinking kava and kratom together like mixing coffee and tea, the researchers said there’s not enough data to know if that’s safe to do.

Users should never mix either drink with alcohol or other drug, they said. The mixture of the substances could cause severe liver damage or failure, which is something Grassroots also tells customers.

The researchers also said there’s a huge risk in having the beverages while on anti-depressants or other drugs because of how the chemicals could interact.

“There’s a huge person to person variation,” said Xing, who mainly studies kava. “Some of us might be at a high risk of experiencing adverse effects, some of us might have a much higher tolerance. But it’s hard to tell.”

At the same time, the researchers acknowledge there haven’t been major or wide-spread reports of casual kava or kratom use threatening lives.

A joint report by the Food and Agriculture Organization of the United Nations and the World Health Organization said there is little documented evidence of “adverse health effects” for moderate kava use.

Kratom is more controversial, with the FDA warning its opium-like properties could put users at risk for addiction, abuse or dependence. It has also been used in Asia to wean people off of opiates.

Furthermore, without FDA regulations, McCurdy said it’s hard to know the substances haven’t been exposed to, or mixed with, other substances.

Local bar owners said they only buy from trusted retailers.

Based on online sales, McCurdy guesses the U.S. market for kratom is anywhere between 4 and 7 million people. “That’s huge for something with no regulations and is mostly used for acute or chronic pain,” he said.

Kava hasn’t raised the same level of concern in recent years. Since the World Health Organization report on kava deemed it was unlikely to cause harm if used properly and Germany lifted a previously held ban, there’s been a growing global demand.

Americans in the kava business are banking on its widening footprint.

The UF researchers, in fact, see huge potential in both substances being used in modern medicine once more studies have been done.

Masifilo wants to see kava bars as common as coffee shops. He views St. Petersburg like a model kavaified city. He’s already working with his family’s village farms to help meet the growing global demand for the kava root.

Too much popularity could spell trouble in meeting demand — especially since a cyclone last year destroyed huge portions of Fiji’s crops.

But Masifilio didn’t seem too worried.

“There’s no reason every city can’t have as many kava offerings as St. Pete,” he said.