Think the Supplements Are Bad for You? The Regulators Are Worse 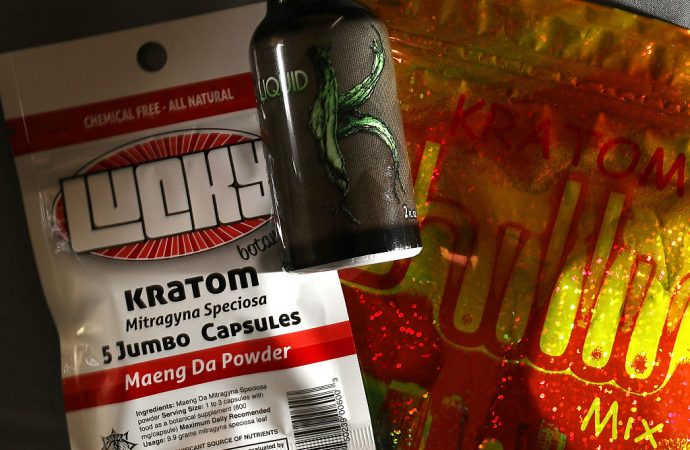 Doing business in the sports supplement field can be a regulatory nightmare for small and medium-sized operations.

Want to be a sports supplement mogul, peddling protein powder, pre-workout drinks, muscle-building SARMs, and euphoria-inducing herbals like kratom? Launching a sports supplement operation is surprisingly easy, especially if you’re a well-known bodybuilder or athlete. Google some domestic manufacturers, tell them you’ve got a $100,000 line of credit, and ask them to encapsulate or bottle some of their prepared blends. Or, if you’re looking to save some money in exchange for additional risk, hunt down some foreign distributors, buy the powders directly, and encapsulate them using your own machine. Sell them to gym bros or anti-vaccination moms looking for “natural cures,” and watch the revenue roll in like the tide. Sounds easy, right? It would be, save for the fact that the fate of your business rests in the hands of government regulators whose behaviors can be both arbitrary and capricious.

Consider, for example, Kelly Dunn. This well-built old outdoorsman and natural-foods enthusiast hasn’t quite cornered the market on kratom, a crushed extract made from the leaves of the mitragyna speciosaplant that many users claim can replicate the effects of prescription opiates and induce feelings of euphoria, but he’s close. His company, Urban Ice Organics, has several consecutive years of achieving millions in revenue mostly by selling pure kratom extracts, not the sort of adulterated mixes laced with other psychotropic drugs found in convenient two-packs at truck stops around the US. He’s made enough money to subsidize the production of the 2018 pro-kratom documentaryA Leaf of Faith, the latest effort from Bigger, Stronger, Faster*director, recovering opiate addict, and kratom true believer Chris Bell.

Dunn’s company, in the interest of full disclosure, has sent me loads of kratom to try, in order that I too might become a true believer. I followed the recommended directions, but derived no discernible benefits from the substance, perhaps because I’m not already addicted to opiates or beset with chronic pain. Dunn’s inability to sell me on kratom, however, is irrelevant. The part that matters for Dunn and his hundred or so employees is that this profitable business’s foundation rests on an herbal supplement constantly facing the prospect of increased federal regulation.

This is bad news for Dunn, since there aren’t many unique ways to pivot with one’s kratom-driven brand if the underlying ingredient is pulled from the market. But what makes such news worse is that, setting aside issues of kratom’s efficacy, federal regulation efforts have arisen out of dubious, incoherent, or simply unavailable research.

Anthony Roberts, a nutrition industry researcher, has spent several years using Freedom of Information Act requests to discern the motivations of the federal government after the Drug Enforcement Administration announced in 2016 that it intended to list kratom as a Schedule I controlled substance. “Agencies like the DEA and Food and Drug Administration are incentivized to ignore legislative intent when interpreting new legislative acts, and substitute interpretations that benefit the agency itself,” he tells me. “By that, I mean acting in broad, vague ways that allow them the greatest possible wiggle room, which means supplement companies don’t know what’s allowed or not and often can’t make long-term business plans or projections.”

The DEA’s attempt to use the Controlled Substances Act to outlaw the sale and distribution of kratom would’ve placed it alongside other heavy-duty Schedule I controlled substances with “high potential for abuse” such as LSD, MDMA, heroin, and mescaline. The formal notice of intent contained 33 footnotes referencing assorted data and documents. After Anthony Roberts read the request, he submitted a FOIA request for this information. For example, footnotes 17 and 18 in the notice of intent mentioned 293 records of kratom abuse between 2006 and 2016, and Roberts thought users of the substance might be interested to learn about these many instances. “They provided none of the data they referenced,” he says, and he could not independently verify them using Pubmed or any other sources.

In January 2017, by way of providing such kratom-related information to the public, the National Institutes of Health — a part of the Department of Health and Human Services, like the Food and Drug Administration — spotlighted on the landing page of its U.S. Library of Medicine website a “case report” on kratom titled “Is Kratom the New ‘Legal High’ on the Block?” that had first been published in the journal Pain Physician. The article caught Roberts’ attention, principally because it was rife with errors.

“It was fascinating to see the NIH promote this,” Roberts says. “In the first place, the article wasn’t a ‘case report,’ since it wasn’t about a specific case, meaning the story of a patient.  On top of that, there were editorial notes from the peer reviewers left in the footnotes, pointing out that the first footnote was to a source that didn’t exist. I checked some of their footnotes to actual sources related to kratom mortality being on the rise, and none of them substantiated that, with one source actually saying that kratom mortality had remained the same as before: zero.”

The broader point, of course, was that this was alarming to see highlighted among various other new scientific papers for that month. When he asked for comment regarding how that had occurred, he was told matter of factly that no one working at any government agency had actually verified that the study was complete, or even read the full text. Nevertheless, a few months later, Roberts found it cited in a batch of FOIA materials he had requested from the DEA.

Due in part to the efforts of filmmaker Chris Bell and the 22,000 people who provided formal comments in response to the DEA’s notice of intent, the process to classify kratom as a controlled substance stalled out, and sales at companies like Urban Ice Organics continued. However, kratom remains listed on the DEA’s official website as a “drug of concern” as well as on the NIH’s National Institute on Drug Abuse website, and such listings, Urban Ice reports, can have a “chilling effect” on sales. Many former or would-be customers, unaware that this notice of intent had been withdrawn by the DEA, may proceed as if the supplement were illegal, and pursue no future purchases.

Kratom exists, Roberts jokes, as a kind of Schrödinger’s supplement, simultaneously dangerous in one world while freely available for purchase in another. The former world is that of the federal government — a place, he says, of “labyrinthine regulations stifling innovation” — and the bureaucrats who control that world “will eventually have their way with the offending product.” Once you’re in the regulator’s sights, Roberts tells me, the supplement will “get got,” even if the process is drawn out due to bureaucratic incompetence, poor investigative work, limited or squandered resources, key employees taking lengthy vacations or other instances of paid time off, and over-reliance on erroneous or nonexistent evidence to justify agency actions.

There are, of course, other agencies besides the DEA, and more insidious weapons than getting a supplement classified as a controlled substance, a process which at least allows for a period during which interested members of the public can offer their own comments. For example, the Food and Drug Administration can send a supplement manufacturer and their associated retail distributors a “warning letter” telling them that they “may” be engaged in illegal activities, such as selling a product that contains trace amounts of a controlled substance. “These letters confer no legal rights or obligations on either the FDA or the recipient,” Roberts tells me. “And they’re not subject to judicial review because they’re not a final agency action. Most retailers stocking this company’s product will drop the product or the company itself upon receipt of  such a letter, because they’re gun-shy and don’t want any trouble. These letters are a cudgel with which the FDA can bludgeon small supplement companies out of existence, while at the same time giving them no legal recourse to dispute or refute the letter.”

Not only that, but platform providers like YouTube are leaning heavily into private speech regulation, explicitly choosing what types of viewpoints and products can be discussed or marketed on their sites. The recently decided federal district court case Enhanced Athlete v. Google held that YouTube LLC — for which Google serves as the parent company — could not be held liable for removing the Enhanced Athlete account’s videos discussing the use and benefits of SARMs, drugs which have milder androgenic effects than steroids though still carrying the risk of side effects. SARMs remain available for purchase from some supplement vendors while being unapproved by the FDA for human consumption. Enhanced Athlete argued that the removal of its SARM videos violated YouTube’s terms of service, but YouTube’s explanation that SARM use constituted a blanket “violent or dangerous act” subject to removal was held to be a sufficient justification. Anecdotal evidence shows that kratom videos promoting uses of the herbal supplement to address conditions like Down’s Syndrome and other unsourced claims have been pulled by YouTube for encouraging “drug use” as well.

For Urban Ice Organics owner Kelly Dunn, or anyone else in the supplement business, the future will always remain uncertain. How can they prepare their workforces for government actions that could extinguish all of their jobs with something as simple as an unreviewable warning letter? “You can go to any Lowe’s or Home Depot and grab a can of paint or glue off the shelves, take it home, and huff that,” Roberts says. “Those products will always be there, dangerous though they might be. But in this uncertain regulatory environment, supplement companies either need to grow large enough to invest ample resources in litigation, or prepare for the inevitable.”

Oliver Bateman is a journalist and historian who lives in Pittsburgh. He is a contributing writer to the Ringer, MEL Magazine, and Splice Today. He also serves as co-host of the “What’s Left?” podcast.

This article was supported by the Ewing Marion Kauffman Foundation. The contents of this publication are solely the responsibility of the authors.