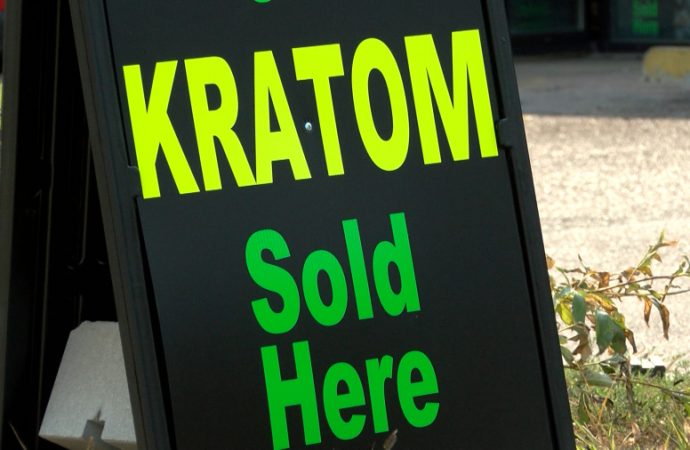 Proponents say it works wonders, but the Food and Drug Administration says there are no approved uses for kratom. We look at the adverse incidents and the effort to keep kratom legal.

There’s a war going on in this country involving a plant and we’re not talking about marijuana. The kratom tree is native to Southeast Asia, with leaves that contain compounds which can have mind altering effects. We begin our KELOLAND News Investigation into the substance and the politics versus sciences surrounding it. Here’s how kratom supporters are rallying to keep the substance legal and their fight with the FDA.

KELOLAND Investigates previously reported that kratom is being linked to more overdose deaths from a Centers for Disease Control report.

Since our story aired, we have been contacted by hundreds of people from all over the country–at the prompting of the American Kratom Association—a $1.2 million lobbying group whose goal is to keep kratom legal, and they say, safe.

They call themselves “Kratom Warriors” They deny federal government statistics on overdose deaths caused by kratom and they’re taking on the Food And Drug Administration.

Call it a sign of the times; since 2016, kratom use has tripled in the U.S., with more than 15 million people consuming it.

“I went on the internet and I looked up natural pain relief, because I don’t like taking drugs,” Gavin Wigg said.

“It was amazing. I remember it very very strongly–oh my gosh, I don’t have pain. This is wonderful,” Wigg said.

But after his pain ended, Wigg didn’t give up kratom. He still takes it several times a week, either in powder form with water or using the leaves brewed in a tea.

“This is energy. You think clearly. You think very focused. I just work better,” Wigg siad.

Kratom works as a stimulant on the brain at low doses and at higher doses has an opioid effect. While Wigg says he is able to use kratom effectively and safely, there can be a darker side to this leafy plant.

“Kratom isn’t as benevolent, as risk free as what’s reported out there in the sales pitches I’ve seen,” Dr. Matt Stanley said.

Psychiatrist Dr. Matt Stanley says he had treated patients for kratom addiction and withdrawal at the Avera Addiction Care Center in Sioux Falls.

“This is a business of selling this drug, this kratom, and we should classify it as a drug, not an herbal supplement. It is psychoactive and even the proponents of it wouldn’t argue that,” Dr. Stanley said.

“I’m not suggesting that a person cannot become dependent on kratom, they can. It’s like coffee–it’s like caffeine,” Haddow said.

The American Kratom Association says while several cities and six states have banned the sale of the substance, it’s worked diligently to stop more states from doing so, including South Dakota.

Carl Perry, a State Representative from Aberdeen, found out what he was up against after introducing a proposed kratom ban in Pierre during the last legislative session.

“The problem is, they have a group that are kratom supporters that is incredible what they can do and they send out 300 to 500 emails to everybody and they just blast all the good things about kratom and the fact is, kratom can kill somebody,” Perry said.

Following the defeat of the South Dakota bill, The American Kratom Association boasted on itswebsite: “the Committee members….heard the voices of Kratom Warriors, with many Committee members citing the hundreds of emails they had received from kratom consumers who touted the benefits of kratom.”

“We have defeated every one of those bans and in the six states that its currently banned, we’re working to unwind those because the FDA was wrong,’ Haddow said.

The FDA says there are no approved uses for kratom.

KELOLAND Investigates looked at the data in the FDA’s Adverse Event Reporting System.
Between 2014 and 2017 there were 11 reports of adverse issues involving kratom.
Between March of 2018 and February of 2020, that number jumped to 42.

In an email to KELOLAND Investigates, the FDA said, ” kratom is not legally marketed in the United States as a drug or dietary supplement,”

Statement from a Food and Drug Administration Spokesperson

“The bottom line is, the FDA is wrong when they say there is no legal use of kratom; there is–kratom is a food,” Haddow said.

However, the kratom lobbying group points to limited research that kratom could potentially help people get off drugs like prescription opioids.

“The promise that kratom offers in this field of opioid addiction and the number of people who are reporting to successfully reduce their consumption of dangerous and addictive opioids, or wean off them entirely, was so promising,” Haddow said.

According to the FDA, “selling unapproved kratom products with claims that they can treat opioid withdrawal and addiction and other serious medical conditions is a violation of federal law.”

Dr. Stanley says he sees patients trying to manage their opioid addiction with kratom, but it’s not something he would recommend.

“I don’t know of any medical facility that is using kratom to manage withdrawal. In fact, we’ve had patients come into our facility whose primary substance of use is kratom. So no, we would not use kratom to manage opioid withdrawal. We have other medications that are FDA approved and monitored that we would utilize,” Dr. Stanley said.

The American Kratom Association says it wants standards and labeling for all kratom products sold to consumers. In the meantime, it will continue its fight with the federal government and states that try to outlaw it.

Representative Perry says he plans to bring the issue back before the legislature in the 2021 session.

“I have a renewed effort on this. I think kratom is something that needs to be banned in our state. I think it’s not good for people and I’m going to fight the fight,” Perry said.

According to the Centers for Disease Control, kratom was determined to be a cause of death for 91 people in 27 states in a year and a half period ending in 2017. Most also had other drugs in their system.

The South Dakota Department of Health tells KELOLAND Investigates that three deaths were caused by kratom overdoses this year. Coming up Thursday night, we hear the family of a Sioux Falls man who died in July and why they want to issue a warning about the dangers of kratom.