The Debate Over Kratom, An Opioid-Like Plant Legal In Massachusetts 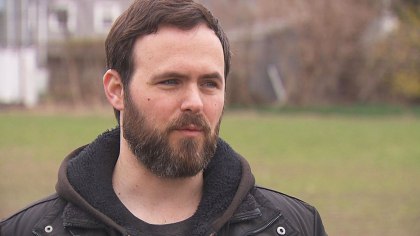 MEDFORD (CBS)– Mike Overstreet of Medford has a new outlook on life after kicking an addiction that started with pain medication in high school. “I had an injury from wrestling,” he told WBZ-TV.

MEDFORD (CBS)– Mike Overstreet of Medford has a new outlook on life after kicking an addiction that started with pain medication in high school.

“I had an injury from wrestling,” he told WBZ-TV. “A bad back and hip and it got worse from there.”

Buprenorphine, prescribed by his doctor, helped Overstreet stay clean, but he said he didn’t like the side effects. He didn’t enjoy thing things he used to, like cooking and listening to music, and he said he never really felt like himself.

“I didn’t realize how much that medication was taking away,” he said.

But now, Overstreet is off the medication altogether and looking forward to getting married.

“I’m much happier, much more productive. I can think a lot clearer,” he said.

Overstreet credited his newfound clarity to a brown liquid: water mixed with kratom, a plant in the coffee family that is native to southeast Asia. Kratom is sold in capsules or a loose powder that is mixed into a drink.

“At low doses, it’s got more stimulating properties,” explained addiction specialist Dr. Mark Green. But Green has concerns about kratom because it has an opioid-like effect on the brain and at high doses, it can lead to big trouble.

“I see plenty of people who kratom is the only opiate they have used and they developed an impressive opiate dependence,” he said.

There are dozens of posts on YouTube about kratom, several describe what it’s like to quit after developing a dependence: “I felt without kratom I would never experience happiness again,” one person posted. 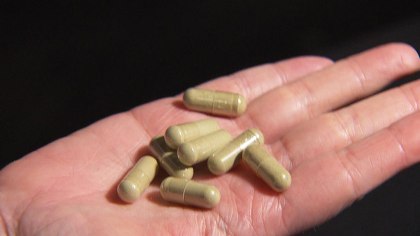 The risk of abuse is what prompted the FDA to warn consumers not to use it. The agency’s website states: There are no FDA-approved uses for kratom, and the agency has received concerning reports about the safety of kratom.”

Despite those warnings, it’s legal in Massachusetts. We found it behind the counter at several area smoke shops in the area.

But Overstreet is quick to point out that often the overdose deaths involve many substances, so you can’t blame the kratom.

Overstreet wants it to be regulated so the active ingredient is never higher than what is found in nature. He believes keeping it safe and available will help more people break the cycle of addiction. “I’ve had people come off heroin, come off fentanyl, cocaine and they are using it successfully,” he said.

Several states have banned the sale of kratom, and the Drug Enforcement Agency considers it a drug of concern, which means it poses a risk to those who abuse it.