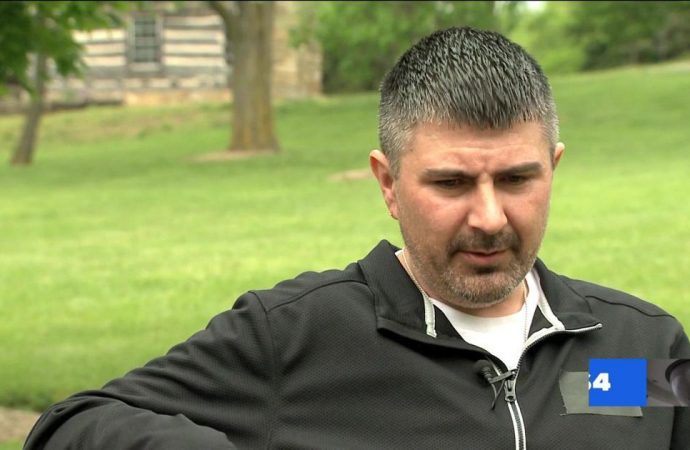 ST. CHARLES, Mo. (KMOV.com) – David Lottes never imagined his love of weightlifting would lead to about 15 years of battling opioid use. “I heard my shoulder pop,” recalled Lottes about the moment he …

ST. CHARLES, Mo. (KMOV.com) – David Lottes never imagined his love of weightlifting would lead to about 15 years of battling opioid use.

“I heard my shoulder pop,” recalled Lottes about the moment he injured himself lifting more than a decade ago.

Lottes said that injury and continued weightlifting led to surgeries and using opioids for pain.

Eventually he turned to Methadone clinics for help to treat his pain and dependency, which brought on its own battles

“I was in this tunnel where I didn’t leave the house,” Lottes said.

He decided he’d had enough. He started to detox from Methadone, which lead to even more pain.

“You get like skin crawling, like someone’s trying to pull the hair out of your scalp,” said Lottes.

After months passed, he heard about Kratom for pain relief and decided to give it a try.

Advocates say the natural supplement relieves pain and stress. Critics say it can be deadly and addictive.

By the third and fourth week, he said he found his Kratom dependency increasing and felt the need to use the product hourly, or he suffered from violent shaking.

Recently, Lottes decided he needed help and checked himself into a rapid detox center in Detroit.

He recalled thinking, “I’ve got to get my life back.”

Lottes said he completed the program and returned home nearly three weeks ago. He said he has mixed feelings on an all-out ban of Kratom, but stresses regulation is needed. He warns that people choosing to use Kratom need to be cautious.

“You’re asking for trouble,” he said.

A News 4 investigation recently reported the local Medical Examiner said in the past two years, eight deaths have been linked to Kratom in Jefferson, Franklin and St. Charles Counties. In one case, Kratom was the only factor.

A bill was expected to be introduced at the St. Charles County Council Monday to ban Kratom, but that was pushed back to their next meeting’s agenda on May 28.

A spokeswoman for the county said not enough council members were present for the bill to be introduced.

A spokesman for the American Kratom Association flew in for Monday’s meeting. He was advocating for more regulation and not a ban.

“A ban would force everyone to the black market where adulterated products are rampant and it will kill people if you ban it,” said Charles McClain Haddow with the American Kratom Association.

St. Charles County’s spokeswoman said a work session is also scheduled for May 28 before the regularly scheduled council meeting. The discussion will focus on Kratom and is open to the public.