Some Call Kratom a Miracle Herb. But Its Safety Is Questionable 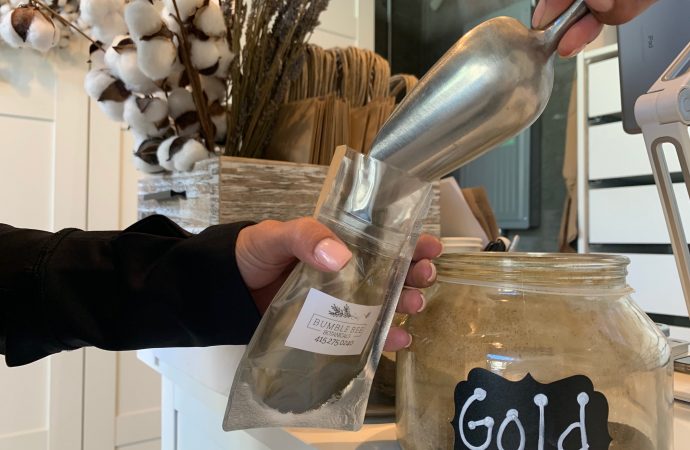 Americans know the dangers of drugs like morphine and heroin. But what about a supplement that acts like an opiate which any kid can buy from a vending machine? Kratom, an herb that’s legal, abundant …

Americans know the dangers of drugs like morphine and heroin. But what about a supplement that acts like an opiate which any kid can buy from a vending machine?

Kratom, an herb that’s legal, abundant and potentially dangerous, is  currently the subject of a debate over its risks and benefits. Usually the leaf, which comes from a tropical Southeast Asian tree, can be chewed, brewed or crushed into a bitter green powder. Often sold as pills, capsules or extracts, it acts like a stimulant when someone takes a small amount but has a sedative effect at a higher dosage.

People who have struggled with an opioid addiction swear kratom salvaged their health, livelihoods and relationships. But the federal Drug Enforcement Agency worries the substance carries the risk of physical dependency. The agency threatened to prohibit kratom in 2016, but advocates and lawmakers pushed back, and the ban never occurred. These days, the DEA lists it as a drug of concern.

Linda Kline, 33, sells kratom for a living. She says her store has given her a new purpose in life, and while she herself doesn’t have an opioid dependency, she credits kratom with turning around her mental health.

“I went from feeling desperate and hopeless to finding an alternative where I had full control over how I felt,” she said.

She used to be paralyzed by anxiety and panic attacks. When her insurance carrier threatened to cut her Prozac prescription, she felt desperate. A friend suggested kratom, so she picked some up at a smoke shop.

“It almost feels like you’re having just a little glass of wine,” Kline says. “It’s really relaxing. There’s no melting of the walls.”

The new habit cost about $6 a day, but Kline couldn’t always find a quality supply. The Food and Drug Administration has recalled dozens of salmonella-tainted products sold online or in convenience stores. The agency has also found toxic heavy metals in kratom supplements.

“My brother believed the marketing of kratom, that it was a natural herbal supplement that could provide you with the same benefits of an opioid without the risks,” he said.

Mateo’s younger brother, Marco, struggled with an opioid addiction in high school. Mateo describes Marco as a charismatic, creative teen, passionate about video games, cartoons and anime. Marco got hooked on painkillers after his dentist pulled his wisdom teeth.

“He was using them in a way that wasn’t just for treating pain,” Mateo said.

Eventually Marco wanted to kick his addiction. Testimonials on YouTube and Reddit promised that kratom was the way out. Soon Marco was popping capsules multiple times a day.

During his freshman year at UC Davis, the 19-year-old started hyperventilating regularly. The incidents worsened, becoming seizure-like episodes ending in the emergency room. Each hospitalization, the doctors were stumped. No one thought to test for kratom.

Mateo theorizes that kratom had built up in his brother’s body. Marco died in his UC Davis dorm in February 2018, late on a Sunday night. The toxicology report named kratom as the cause of death.

“I think kratom needs to come with a much more serious caution that it is not harmless,” Mateo said. “I’m very heartbroken.”

In a recent 18-month period, the federal Centers for Disease Control reported 90 kratom overdoses, although most involved a combination of substances.