Slipping through the cracks 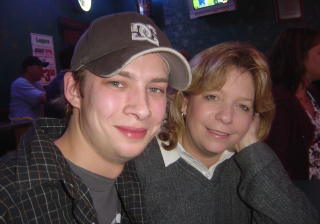 He was in a system that was complicated.” When Brawner got out of prison he turned to a substance called Kratom, which can have both an opioid and a stimulant effect on a user. “It’s legal.

He was left for dead in a fire station parking lot in the middle of the pandemic, when restrictions were in place in the state.

Myles Brawner of Aberdeen died of an overdose at just 37-years old. His mother blames his death on the Governor’s executive order and the Department of Corrections failing to do its job.

Our KELOLAND News Investigation has the story of Brawner’s 14-year struggle with addiction and looks into how the system let him down.

Myles Brawner’s mother describes him a sensitive soul with a passion for music.

“(He was) Very social and he enjoyed art. Then he found skateboarding when he was a teenager. That was his thing and guitar playing. He loved the guitar,” Kathy Boschee said.

“He had a breakup and he just kind of went upside down.

Boshee says Brawner used everything from alcohol, to heroin and meth to benzos.

“He went through treatment, we did multiple IVCs–involuntary committals–and that was kind of our only recourse because he wasn’t breaking the law.

Eventually though, Brawner did break the law and was sentenced to prison for drugs.

“We never gave up hope. He struggled to find the hope. He was in a system that was complicated.”

When Brawner got out of prison he turned to a substance called Kratom, which can have both an opioid and a stimulant effect on a user.

“It’s legal. You can get it at the corner gas station and at the smoke shops. But it should be a schedule one. It can be abused so easily. Myles had an overdose in December of 2018.

“He had multiple strokes. He was in a coma. We didn’t know if he was going to live or not. When he had his overdose and they had done the brain scan, they showed us the brain damage he had developed over the years of abuse,” Boschee said.

Despite all the times through treatment and sober living, Brawner never found lasting recovery.

And the aftercare is where we always lost him.

A group of lawmakers in Pierre is trying to make changes to improve treatment for addiction through the Department of Corrections. In the last legislative session, they were able to secure funding for seven additional parole officers, whose job it is to help parolees succeed. But they say to effectively handle the state’s caseload, 13 more are needed.

“We just need more; without the proper number of CSOs, we will continue to see people who have drug addictions slip through the cracks,” SD State Rep Erin Healy said.

In January, Brawner was sent to the Community Transition Program in Rapid City.

On a furlough on March 18th, Myles was caught stealing from a liquor store. He was too drunk to return to the center and ended up in the Pennington County Jail.

Even though Brawner had a violation for using a substance and not reporting back to the program, Governor Kristi Noem’s executive order on April 7th declared that sanctions for using could be deferred due to COVID-19.

“The Seventh of April he was walked out the door with his box of belongings,” Boschee said.

However, in order for Brawner to leave the Community Transition Program, he was required to have a job, a place to stay and some money. His parole officer was required to verify all three.

Kennecke: They were verified or not?
Boschee: They were not verified.
Kennecke: How do you know that?
Boschee: I called three of the employers, none of which knew that Myles was released. I was part of the other two things that was was supposed to be responsible and nobody contacted me.
Kennecke: Money and the place to say?
Boschee: Right.
Kennecke: No one contacted you and asked you if it were true?
Boschee: No. Nobody

A Department of Corrections spokesperson tells KELOLAND News: “This particular inmate had an approved parole plan, including employment and a place to live, and the Executive Order played no part in his release to parole supervision.” and tells us that Brawner’s parole plan was validated.

But Boschee says she made a desperate call to his parole officer after he was released.

Brawner ended up at friend’s house in a remote part of the Black Hills with spotty cell service. Here’s what Boschee knows about the night of May 1st.

“They found Myles unconscious in the bathroom. He wasn’t breathing.”

South Dakota has Good Samaritan Laws in place, which means if someone calls in an overdose to save a life and they won’t get arrested for drugs. But with no cell service, Brawner’s friend put him in his car instead.

“He was afraid. He was a convicted felon. He had just gotten off parole.”

He ended up driving Brawner to the Box Elder Fire Station, where he called 9-1-1.

Yet Boschee doesn’t blame the friend, she blames the system, which she says let her son down, time and time again.

“It was unconscionable that someone with a disease as big as his could be just walked out the door. The grief is terrible. I have spent all these years trying to save his life and keep that hope going for him” Boschee said.

COVID-19 also limited the number of people at Brawner’s funeral. His mother’s Alanon friends lined the streets of the cemetery and stood outside of their cars holding hearts.

Our request for an interview with the Department of Corrections about Brawner’s release from the Rapid City Community Transition Program was denied.