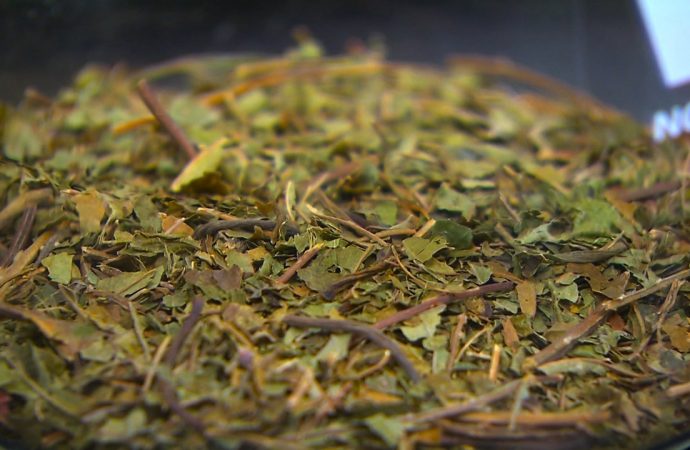 and the group says it’s open to warning labels on kratom products. “We believe that, as in many supplements, there should be a warning that pregnant women shouldn’t take this,” said Dave Herman, the a… 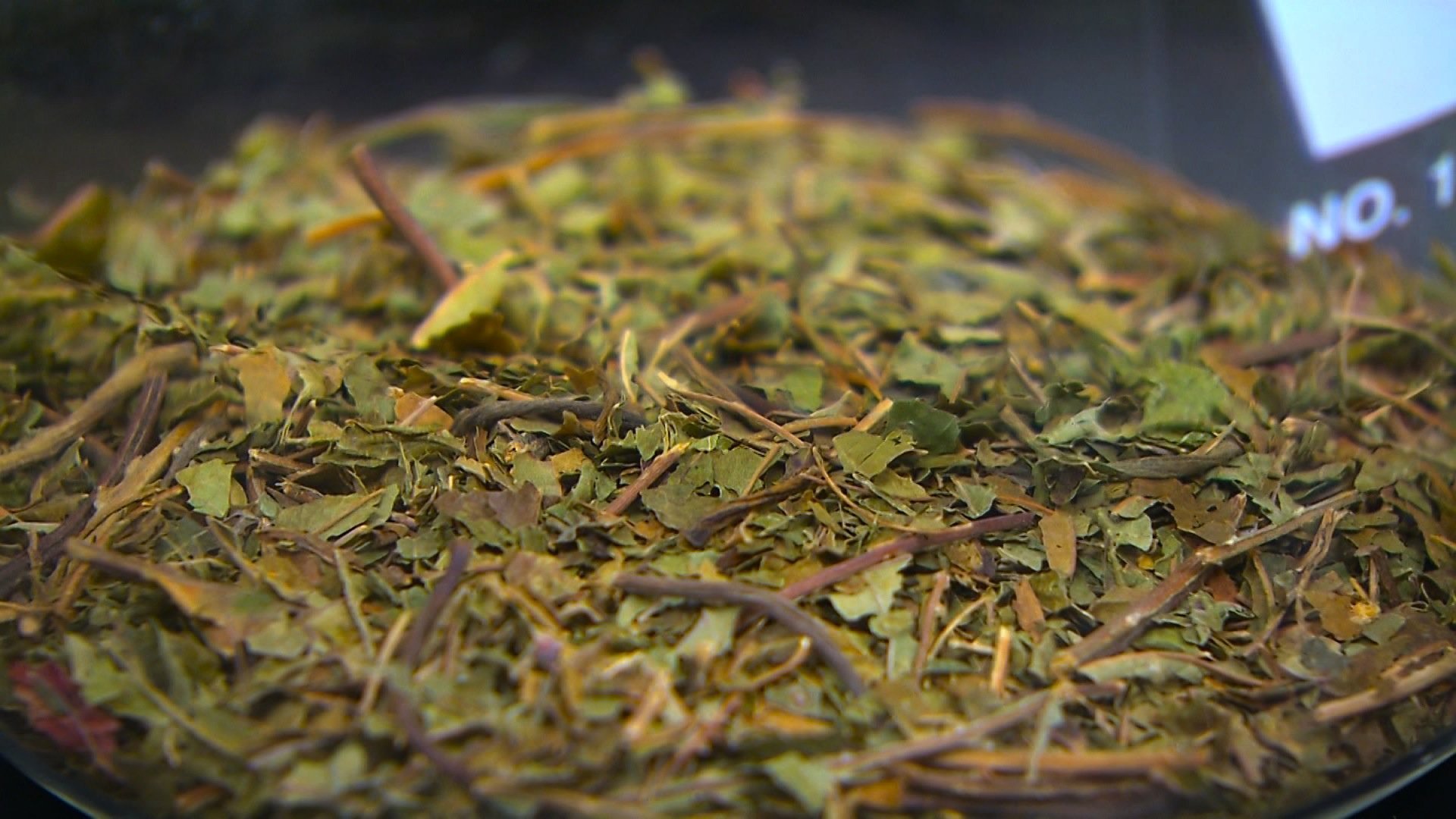 CLEARWATER, Fla. — The woman had used oxycodone for almost a decade but told her doctors she had been sober for two years. She never touched narcotics during her pregnancy, she said, and had completed rehab.

But her newborn son was in withdrawal: Jittery, screaming and requiring an infusion of morphine to stay alive. The infant craved drugs, but why?

Amid an opioid epidemic, the boy’s doctors didn’t blame heroin, fentanyl or other illicit substances. Instead, they said, the infant had grown dependent on a controversial herbal supplement: Kratom.

According to a case report published Wednesday in the journal Pediatrics, both the unnamed woman and her infant passed urine drug screens that looked specifically for oxycodone and other opioids.

But those tests didn’t look for kratom, a legal drug that has opioid-like effects at high doses.

The plant, which is native to Southeast Asia, is typically used to treat pain and curb opioid cravings.

Acting on the same brain receptors as morphine and similar drugs, it is hailed by some as a solution to the opioid epidemic but derided by the U.S. Food and Drug Administration as a potentially dangerous psychoactive drug.

The mother denied using any substances during her pregnancy — legal or otherwise — but her husband told doctors that she drank kratom tea daily to treat her withdrawal symptoms and help with sleep.

“I fear that women making genuine commitments to overcome their dependency may develop a false sense of safety by using a substance that is advertised as a non-opioid alternative,” said Dr. Whitney Eldridge, a neonatologist for BayCare Health System in Florida who was lead author on the case report.

The mother might have been well-intentioned, but because tests showed no other drugs in her or the infant, her doctors said kratom probably caused her son’s condition, known clinically as neonatal abstinence syndrome.

On his eighth day of life, after he had been weaned off opioids and observed without any medications, the boy was discharged to his parents.

It’s rare, but FDA Commissioner Dr. Scott Gottlieb said in a statement that “this case is not unique.”

He said the FDA “is aware of four other cases involving neonates exposed to kratom while in utero who experienced neonatal opioid withdrawal syndrome after term delivery.”

Gottlieb, whose agency has issued a variety of warnings on kratom, called the new report “a tragic case of harm” and said it “further illustrates the concerns the FDA has identified about kratom, including the potential for abuse and addiction.”

And though Eldridge hopes more research will help lawmakers better regulate kratom, she believes that physicians today “need to counsel women who are pregnant about the risk of kratom such as they would any other legal substance that can have ill effects on their newborn.”

Some experts are hesitant to draw any conclusions from the report.

They note that although maternal kratom use could theoretically cause neonatal abstinence syndrome, the case did not explicitly link kratom to the infant’s withdrawal symptoms.

“I’m not surprised that this is possible,” said Dr. Andrew Kruegel, an associate research scientist at Columbia University. “Because kratom certainly has opioid effects and can induce tolerance in users, especially at higher doses.”

But Kruegel, who has studied the plant for seven years, noted that doctors weren’t able to test the purported kratom itself.

“The main limitation is that we don’t know anything about the dosage that the mother was taking,” he said. “Without that information, you can’t really extrapolate too much.”

And the mother might not have been taking kratom at all, said Dr. Edward W. Boyer, an associate professor at Harvard Medical School and a physician in the Department of Emergency Medicine at Brigham and Women’s Hospital.

“It’s the husband who reported the kratom use,” he said. “The wife who actually ingested the product, who thought it was kratom, and the authors of the case report itself, none of those people actually verified that she was ingesting kratom.”

Despite the FDA’s warnings, kratom is easy to buy and is sometimes sold as a tea in cafes. The nonprofit American Kratom Association estimates that 3 million to 5 million Americans use the substance, and the group says it’s open to warning labels on kratom products.

“We believe that, as in many supplements, there should be a warning that pregnant women shouldn’t take this,” said Dave Herman, the association’s chairman. “That’s not because we think it’s detrimental. It’s because it’s a safety measure.”

Kratom acts on opioid receptors, which the FDA says is evidence of its potential for abuse.

The agency points to 44 deaths associated with kratom, but Kruegel said that “if you look at those 44 deaths, the vast majority of them involve other substances, including other strong opioids.”

Boyer said kratom may have other risks, such as seizures, but he noted that it might be safer than most opioids because “there does not seem to be respiratory depression when kratom is used alone.”

Respiratory depression — slow and ineffective breathing — is what makes opioid overdoses so deadly.

That’s why Boyer believes well-regulated kratom could one day be used in the fight against opioid addiction, steering users away from more dangerous drugs.

“If you do the right thing and do the rigorous studies, then there is no reason why [kratom] shouldn’t be a prescription pharmaceutical that serves as a bridge to formal drug treatment, particularly for individuals who can’t get into therapy,” Boyer said.

“If I’m a drug company, I think that it costs somewhere, depending on who you speak to, between $1.2 billion and $1.8 billion to bring a new drug to market,” Herman said. “Who would spend that kind of money when some other guy can just get on a boat, ride down a river and grab it off a tree?”

Because kratom is considered a dietary supplement, manufacturers don’t need FDA approval to sell it as long as their products don’t claim to cure or treat specific conditions or symptoms.

But some companies have done just that, drawing the FDA’s ire for saying their products could “relieve opioid withdrawal” or “treat a myriad of ailments.”

The association says those cases are anomalies.

“The reality is, our belief is, this is America,” Herman said. “And if a product is useful for your health and well-being, you should have the right to take it, as long as it doesn’t harm you. And we haven’t seen any evidence of that harm.”

The FDA, however, continues to warn against kratom, even suggesting that it could worsen the opioid epidemic.

“Kratom has never been studied in humans,” Gottlieb said in the statement. “What consumers and health care providers need to understand is that there are no proven medical uses for kratom. Instead, as the FDA has warned, kratom can cause serious harm and is contributing to the opioid crisis.”