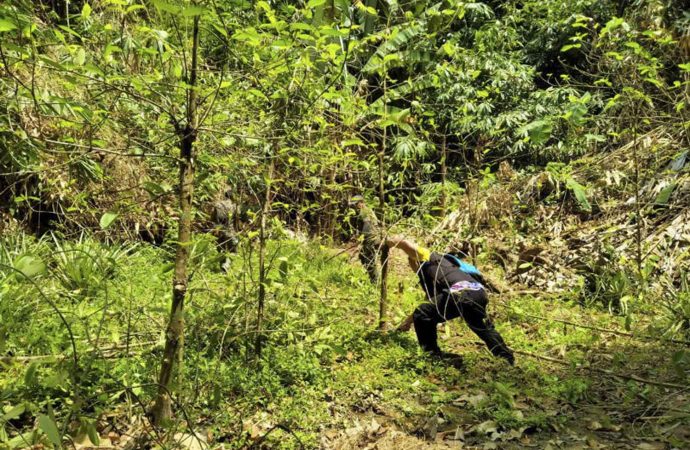 Proposed legislation that would remove kratom from the list of narcotics has taken a step closer to being tabled before parliament, the Office of the Narcotics Control Board (ONCB) said on Tuesday.

Officials are cutting kratom trees in Kapong district of Phangnga in March. (Photo by Achadtaya Chuenniran)

Proposed legislation that would remove kratom from the list of narcotics has taken a step closer to being tabled before parliament, the Office of the Narcotics Control Board (ONCB) said on Tuesday.

The Council of State, the government’s legal arm, finished examining the amendment to the Narcotics Act last Wednesday, and will send back to the cabinet for endorsement before it is forwarded to parliament, ONCB secretary-general, Niyom Termsrisuk, said.

The cabinet approved in principle to remove kratom from the drugs list in March.

Mr Niyom warned the public that the plant is still considered a narcotic at present, which means possessing it is illegal.

The warning came in response to a recent surge in drug cases involving kratom.

The number of cases logged by the ONCB’s operations centre rose sharply by 46% between April and June, which suggested many people believe the plant had already been delisted, Mr Niyom said.

While the process to do so continues, the ONCB is currently working with the Interior and Public Health ministries, and a number of villages and communities in preparing for a pilot project in which kratom will be grown for medical and research purposes, he said.

A total of 135 villages and communities in 10 provinces have been selected for this programme, he said.

To allow this pilot programme to be implemented legally, a set of ministerial regulations has already been drafted and will be subjected to public hearings in one or two weeks from now, he said.

The Public Health Ministry and the Food and Drug Administration will organise the hearings. The opinions gathered will be forwarded along with the regulations to the cabinet for approval, he said.