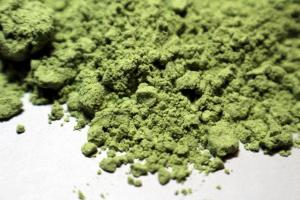 and manufacture kratom as a dietary supplement in the United States. Kratom is known for its opioid properties and some stimulant-like effects but its usefulness and safety as a therapeutic agent …

It’s still illegal to import kratom (Mitragyna speciosa) and manufacture kratom as a dietary supplement in the United States. Kratom is known for its opioid properties and some stimulant-like effects but its usefulness and safety as a therapeutic agent remains unclear.

This controlled substance is chewed, brewed or crushed into a bitter green powder. Kratom is mostly sold in the U.S. in processed forms such as pills, capsules or extracts.

Medical professionals say a small amount of kratom can perk you up; a large dose has a sedative effect. Animal studies suggest kratom might be an effective pain reliever but the collection of human data has only just begun. Kratom has a history of beneficial uses, however.

It’s known some people struggling against an opioid addiction that have switched to kratom swear the substance saved their health, livelihood and relationships. Kratom is also seen by some as an effective cure for undertreated chronic pain and opiate withdrawal.

Thais, Malaysians, Indonesians and Papuans, among others have used kratom for centuries to treat cough, diarrhea, chronic pain and opiate withdrawal. They also turn to kratom to boost energy and sexual desire.

Kratom is being used more and more by people self-treating chronic pain in the U.S. despite federal warnings. It’s also used by people seeking alternatives to prescription drugs. But kratom can be dangerous if abused.

“The data to support either the benefits or the harms for kratom is really, really poor,” C. Michael White, head of the Department of Pharmacy Practice at the University of Connecticut, said. “A lot of the information we have comes from single-case reports.”

White said scientists need to do a lot more research before the appropriate level of regulation for kratom is clear. In a paper published in the American Journal of Health-System Pharmacy, White pointed out the safest place for kratom is behind pharmacy counters — for adults only — but with no prescription required.

This sentiment was echoed by McClain Haddow, spokesperson for the American Kratom Association. Haddow agrees kratom should be sold only to people over age 18.

“We would like vendors to register their product with the FDA and get a chemical analysis from a certified lab to insure the only ingredient is the naturally occurring alkaloid in the kratom plant,” Haddow noted. “Some manufacturers are spiking products with fentanyl, heroin or morphine to give users a high.”

The U.S. Food and Drug Administration (FDA) has repeatedly warned consumers not to use kratom, which might lead to physical and psychological dependency and addiction.

The U.S. Drug Enforcement Administration (DEA) claims kratom is a threat to public health because of its alleged link to overdose deaths. It describes kratom as an addictive substance that causes hallucinations, delusion and confusion.

DEA also contends this coffee-like tree has no medical uses or benefit whatsoever. Despite this, DEA can’t classify kratom as a banned Schedule I drug because it can’t uniquely implicate kratom as the main cause of the more than 90 deaths associated with its use.

© Pixabay Kratom comes from a plant that grows throughout Southeast Asia commonly used to treat pain and opioid addiction.