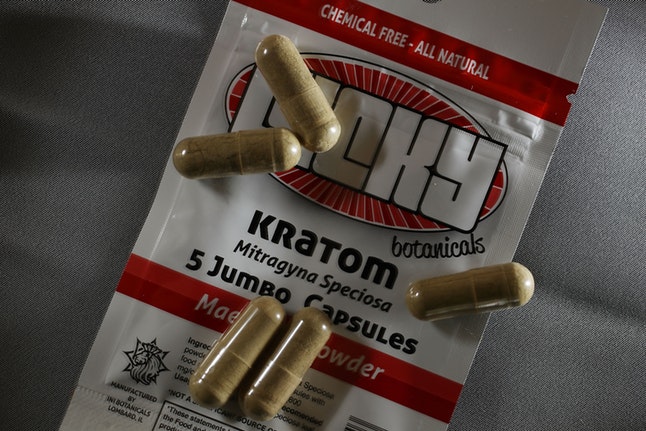 Controversy continues to swirl around kratom, an herbal supplement that has risen in popularity in the US. Advocates credit it with ridding them of their opioid addiction and improving their mental …

Controversy continues to swirl around kratom, an herbal supplement that has risen in popularity in the US. Advocates credit it with ridding them of their opioid addiction and improving their mental health. Yet federal agencies and experts caution that there just isn’t enough research to support its medicinal use, and it doesn’t appear to be without risks, NPR reports.

But first, some background: Kratom is made from the leaves of the Mitragyna speciosa tree, native to Southeast Asia. People usually take kratom in pill or capsule form, although sometimes they chew the leaves or brew them into tea. A compound in the leaves known as mitragynine interacts with stimulant receptors in the brain, boosting energy, alertness, and sociability at low doses of the supplement. Mitragynine, as well as 7-α-hydroxymitragynine, another compound in kratom leaves, also interact with the brain’s opioid receptors, lowering pain while heightening pleasure and sedation at high doses, per the National Institute on Drug Abuse (NIDA).

Kratom isn’t illegal, and in fact, it’s easy to buy on the Internet, as well as at gas stations and smoke shops. But that doesn’t necessarily mean it’s harmless.

NIDA notes that some kratom users have reported sweating, nausea, psychotic symptoms, seizures, and addiction. So far, no behavioral or pharmacological therapies have been tested for treating kratom addiction, leaving those who do become hooked with few reliable options for getting help. Preliminary findings have linked eight cases of liver damage from dietary supplements that emerged between 2007 and 2017 to kratom, per PhillyVoice.

NIDA also points out that commercial forms of kratom may be contaminated with other, potentially fatal, compounds. The FDA has recalled kratom products linked to a recent salmonella outbreak and detected heavy metals in kratom products, NPR reports. The agency has urged consumers not to use kratom, while the DEA considers it a “drug of concern.”

But many people praise kratom as something of a miracle supplement. Linda Kline, founder of Bumble Bee Botanicals, a boutique lab-tested kratom chain, told NPR that the supplement helped her gain control over her once-paralyzing anxiety and panic attacks. She first bought it from a smoke shop after her insurance carrier threatened to stop covering her Prozac prescription and described it as “really relaxing,” not unlike a glass of wine. Some of her clients’ Yelp reviews note that kratom has alleviated conditions ranging from insomnia to chronic pain.

Meanwhile, others have claimed that kratom helped them curb their addiction to opioids, offering similar pain-relieving and other effects without the pain of withdrawal. Bobby DiBernardo told NBC News that kratom helped him quit alcohol, oxycodone, and heroin. But turning to kratom for opioid addiction doesn’t always end so happily. For starters, there’s the concern that people just end up replacing their opioid addiction with a kratom addiction. Sure, a natural herbal supplement like kratom may seem gentler and less dangerous than a synthetic opioid like oxycodone. But just because something is natural doesn’t mean it can’t kill you.

Mateo Martinez told NPR that his brother, Marco, began taking kratom capsules multiple times a day after gleaning from Reddit and YouTube that the supplement could help with his opioid addiction. During his freshman year in college, he began hyperventilating and experiencing seizure-like episodes that landed him in the ER. He died in early 2018, his toxicology report pointing to acute intoxication with mitragynine, one of the compounds in kratom.

Ninety kratom overdoses were reported to the CDC between July 2016 to December 2017 (although other substances were detected alongside kratom in most of those cases), and the FDA notes that claims that the supplement can treat opioid addiction remain unproven.

Indeed, “the data to support either the benefits or the harms for kratom is really, really poor,” C. Michael White, head of the department of pharmacy practice at the University of Connecticut, told NPR. Studies suggesting kratom could alleviate pain have been done in animals, but human studies have only started to emerge. Most of the evidence in humans seems to be anecdotal — they’re not the rigorous, clinical studies needed for FDA approval, per NBC News.

If you’re seeking help for an opioid addiction, don’t experiment on yourself, and reach out to a medical professional instead. Doctors will use treatments already backed by plenty of research evidence, like methadone, per NPR. While it might be tempting to stick it to FDA and Big Pharma for their role in the opioid crisis, self-medicating is a gamble that may not be worth the risk.