Kratom Banned by the DEA? 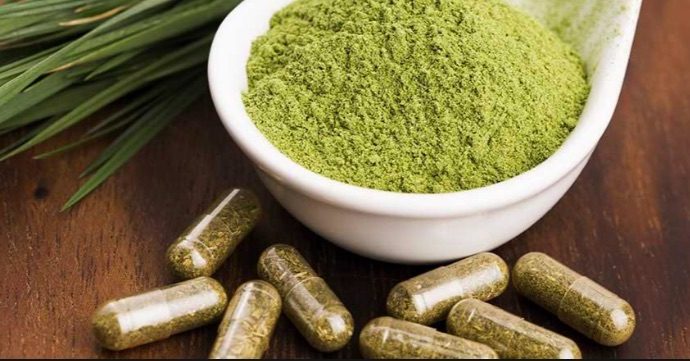 The DEA’s release held that kratom poses “an imminent hazard to public safety,” adding that 660 calls had been made to poison control centers about the substance over a five-year period. The notice reported that 15 “kratom-related deaths” had occurred between 2014 and 2016 and stated that the supplement was being reclassified as a Schedule I drug:

The Drug Enforcement Administration (DEA) today announced its intention to place the active materials in the kratom plant into Schedule I of the Controlled Substances Act in order to avoid an imminent hazard to public safety. Mitragynine and 7-hydroxymitragynine are found in kratom, which is a tropical tree indigenous to Thailand, Malaysia, Myanmar, and other areas of Southeast Asia. The announcement was made in the U.S. Federal Register and can be found by following this link.

Kratom is abused for its ability to produce opioid-like effects and is often marketed as a legal alternative to controlled substances. Law enforcement nationwide has seized more kratom in the first half of 2016 than any previous year and easily accounts for millions of dosages intended for the recreational market, according to DEA findings. In addition, kratom has a high potential for abuse, has no currently accepted medical use in treatment in the United States, and has a lack of accepted safety for use under medical supervision. These three factors constitute a Schedule I controlled substance according to the Controlled Substances Act passed by Congress in 1970.

The DEA linked to a notice of intent published in the Federal Register [PDF] on 25 August 2016 which included further justification for the ban, alongside links to a document which in part detailed purported deaths associated with kratom. That August 2016 document (“Background Information and Evaluation of ‘Three Factor Analysis’ for Temporary Scheduling”) cited “published case reports [which] describe events where individuals sought medical care for the purported use of kratom,” along with incidents wherein deaths were purportedly linked with the herbal supplement.

In nearly all cited cases from both the United States and other countries, the deaths involved numerous other substances. For example, a cluster of nine deaths in Sweden appeared to be attributed to a separate adulterant known as O-desmethyltramadol in a 2011 study of the fatalities:

The DEA’s list of other kratom-associated deaths primarily described “polypharmacy” (mixing multiple drugs) as a factor in those fatalities, many of which involved benzodiazepines, sleep-inducing hypnotics such as zopiclone, and opioids such as fentanyl:

A case report by Neerman et al. (2013), reported the death of a 17-year-old male. The decedent was found unresponsive in bed with no obvious signs of trauma … Laboratory analyses identified mitragynine and therapeutic levels of dextromethorphan, temazepam, 7-amino-clonazepam, and a slightly elevated level of diphenhydramine in blood samples. The cause of death was determined by the Medical Examiner as “possible Kratom toxicity”.

A case report by Karinen et al. (2014), reported the death of a middle-aged man in Norway … Laboratory identified mitragynine and 7-hydroxymitragynine, zipiclone, citalopram, and lamotrigine in blood samples. The cause of death was deemed to be intoxication with “Kratom”, possibly in combination with other substances detected.

A case report by McIntyre et al. (2014), reported the death of a 24 year-old man … He was described as being “out of it”, tired and depressed the night before his death, and took a “sleeping pill” before bed. Prescription bottles of mirtazapine, omeprazole, and a single capsule of loperamide were found with his possessions. Laboratory analyses identified mitragynine, along with therapeutic levels of venlafaxine, diphenhydramine, mirtazapine, and ethanol. The cause of death, as determined by the Medical Examiner’s Office, was mixed drug intoxication—primarily mitragynine.

In 2013, a 36 year-old man in Denver, CO, was transported to the hospital after he apparently suffered a seizure. He was pronounced brain dead 3 days later at the hospital … The cause of death, as determined by the Medical Examiner, was severe hypoxic encephalopathy complicating apparent mitragynine toxicity.

In 2014, a 29-year old male in Palm Beach FL, was found unresponsive on the floor of his closet. He was reported to take a Kratom extract. Laboratory 24 analyses of blood samples identified mitragynine along with venlafaxine, fentanyl, amphetamine, and caffeine. The cause of death, as determined by the Medical Examiner, was multiple drug toxicity.

In 2015, a 27-year old male in Dekalb County, GA, was found lifeless on his kitchen floor … The decedent had a history of opioid abuse and was recently hospitalized for an overdose. Laboratory analyses of blood samples identified the presence of mitragynine, along with fentanyl, benzodiazepines, and cannabinoids. The cause of death, as determined by the Medical Examiner, was intoxication with fentanyl and mitragynine.

In 2015, a 22-year old male in San Diego, CA, was found unresponsive and not breathing in bed. Life-saving efforts were unsuccessful and he was pronounced dead at the scene. A plastic bag filled with packaged syringes, two empty plastic containers marked “Royal Kratom” and “Maeng Da”, empty packets of “Prop 100” and “Tren 100”, an empty vial of injectable testosterone, marijuana wrapped in cellophane, and half of a Xanax tablet were found at the scene. An unlabeled bottle with pink liquid was found in his car. Laboratory analyses of blood samples identified the presence of mitragynine, along with methadone and alprazolam. The cause of death, as determined by the Medical Examiner, was mixed mitragynine, methadone, and alprazolam intoxication.

The DEA’s assertions about kratom-related deaths were contradicted by Pascal Tanguay, director of a Washington D.C. based drug harm reduction organization, who said of kratom in 2013 that:

There’s never been a single death associated with kratom. People have been chewing this for thousands of years with no cases of overdose, psychosis, murder, violent crime. Never in all of recorded history.”

A Forbes editorial opposing the addition of kratom to the DEA’s Schedule I noted that the listed deaths overwhelmingly included strong or dangerous coingestants, positing that mention of poison control calls (also cited by the Centers for Disease Control) was misleading:

The DEA plays a similar trick when it cites a report on kratom-related calls to poison control centers that the U.S. Centers for Disease Control and Prevention published in July. From January 2010 through December 2015, the DEA notes, “U.S. poison centers received 660 calls related to kratom exposure.” It adds that “during this time, there was a tenfold increase in the number of calls received, from 26 in 2010 to 263 in 2015.” Reported symptoms included “agitation or irritability, tachycardia, nausea, drowsiness, and hypertension.”

An average of 110 cases a year may sound like a lot, but it’s not. It represents about 0.004 percent of the 3 million or so calls received by poison control centers each year. By comparison, exposures involving analgesics accounted for nearly 300,000 calls in 2014, while cosmetics and personal care products, cleaning solutions, antidepressants, and antihistamines each accounted for more than 100,000. The DEA not only fails to put the number of kratom-related calls in perspective; it does not mention that two-thirds of the cases were deemed “minor” or “moderate,” while only 7 percent (eight per year) were described as “life-threatening.” The CDC noted a single death in six years, “reported in a person who was exposed to the medications paroxetine (an antidepressant) and lamotrigine (an anticonvulsant and mood stabilizer) in addition to kratom.”

A Huffington Post reporter who consulted with a pharmacology expert about the DEA’s classification of kratom alongside heroin and other Schedule I narcotics wrote that:

Walter C. Prozialeck, a professor of pharmacology at Midwestern University who wrote a comprehensive literature review on kratom for the Journal of the American Osteopathic Association, said he disagrees with the DEA’s characterization.

“Even though the ‘mytragines’ may have some affinity for opioid receptors, their actions are quite different from those of classic opioids, like morphine, hydrocodone, oxycodone, heroin, etc.,” Prozialeck wrote in an email to HuffPost. “After looking at the literature, I would certainly not classify them as classic ‘opioids.’”

Prozialeck described kratom as largely benign in an earlier interview with HuffPost, and said it doesn’t produce much in the way of psychoactive high in low to moderate doses. He called for additional research and cautioned against mixing the drug with other substances ― a concern the DEA notice also raised. But he said kratom doesn’t have a particularly high potential for recreational abuse and agreed with advocates who say the positive effects appear to outweigh the negatives.

Published research on kratom is scarce, but most medical literature notes that the substance has been widely used for over a century (to address chronic pain and opioid withdrawal symptoms) and is typically not associated with adverse outcomes unless additional substances are a factor. A 2008 study held that adverse outcomes overall for kratom use were “poorly described,” concluding:

One striking finding of this report is the extent to which kratom attenuates potentially severe opioid withdrawal, yet cessation of kratom administration itself appears to be associated with modest abstinence symptoms. The pharmacological bases underlying this effect are uncertain. For example, mitragynine is theorized to stimulate contributions from adrenergic and serotonergic pathways that augment analgesia, but formal binding data have been obtained only for mu-, delta- and kappa-opioid receptors [5,6]. To delineate more clearly the in vitro pharmacology of kratom, we conducted high-throughput molecular screening of mitragynine activity at central nervous system receptors (Novascreen Biosciences Corp., Hanover, MD, USA); these studies identified that mitragynine extensively inhibits radioligand binding at several central nervous system receptor systems (Table 1). The clinical implication of these results is that mu-opioid agonism may avert withdrawal symptoms, while kappa agonism attenuates reinforcement and produces aversion [7]. In addition, mitragynine, through its putative alpha-2 adrenergic agonist activity, may mimic adjunctive therapies for opioid withdrawal such as clonidine. Mitragynine, therefore, may exert several convergent pharmacological effects that could attenuate opioid withdrawal symptoms and blunt cravings.

Per the DEA, kratom will be classified as a Schedule I narcotic as of 30 September 2016 under the terms of the Controlled Substances Act. Experts expressed mixed opinions about the move, with several stating kratom was improperly described as an opioid by the DEA, and a We The People petition beseeched the White House to intervene and stop the ban.

A cited list of kratom-related deaths is not restricted to the United States and is largely populated by incidents of toxicity involving multiple drugs (such as fentanyl and zopiclone), and scant published research on kratom is available for review. The DEA cited 660 calls to poison control centers in five years, use of kratom as an opioid substitute for drug cessation, increasing popularity of the herbal supplement, and potential for abuse as reasons for the temporary Schedule I classification, but kratom users cited opioid-free pain relief for severe conditions such as fibromyalgia, self-reported drug cessation success, and a lack of demonstrated harm as reasons to oppose the classification.

On 26 September 2016, a bipartisan group of lawmakers in Congress sent a letter [PDF] to the DEA requesting the agency delay finalizing the move placing kratom on Schedule I. In a separate letter to Office of Management and Budget (OMB) Director Shaun Donovan [PDF], the congressmen and women urged him to step in and stop the DEA from acting on 30 September 2016. Neither office immediately responded to the letters.