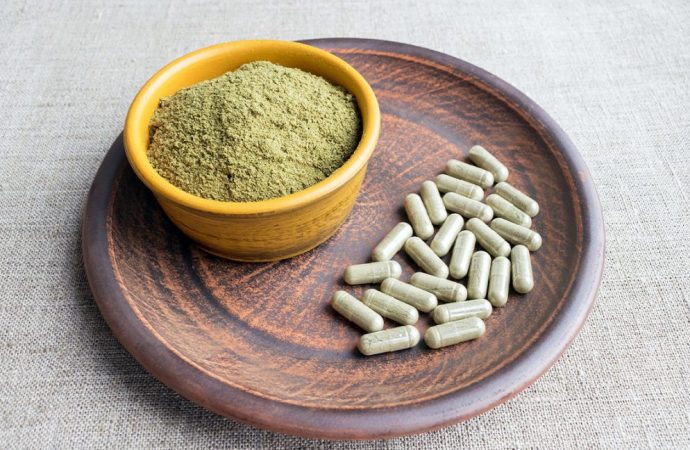 They found eight of those cases to be associated with products that contained kratom. Seven of those eight cases were thought to be due to kratom. The study participants had used kratom for 15 to 49 …

As a plant-based supplement named kratom increases in popularity, the full picture of its potential benefits and harms is still becoming clear.

That increase has been attributed to its use as a possible treatment for opioid withdrawal as well as other potential uses.

But kratom — which is derived from a coffee-like plant and has pain relieving and stimulant qualities — has also drawn the scrutiny of regulators.

The latest development is included in new research presented today at the annual meeting of the American Association for the Study of Liver Diseases.

In it, researchers conclude that kratom may cause severe liver injury in some people who use it.

The findings echo past research, although some experts say it’s still too early, as well as “irresponsible,” to conclude that kratom is the cause of these health issues and should be banned.

In the new study, researchers from the U.S. Drug Induced Liver Injury Network examined 404 cases of liver injury that had been associated with the use of supplements.

They found eight of those cases to be associated with products that contained kratom. Seven of those eight cases were thought to be due to kratom.

The study participants had used kratom for 15 to 49 days before the injuries. Six of them were hospitalized, but all recovered without the need for a liver transplant.

However, the rate of these incidences may be increasing.

The study looked at cases between 2004 and 2018. Three of these liver injuries occurred in 2017, the only year in which there was more than one.

Dr. Victor Navarro, lead author of the study and head of gastroenterology at Einstein Healthcare Network in Philadelphia, noted in a press release that the results point to a potential increase, possibly coinciding with the opioid epidemic.

“[Healthcare] providers should be aware that this readily available substance commonly used for its psychotropic effects is capable of causing severe liver injury,” he said.

Other experts, however, weren’t as worried by the results, particularly with the small number of cases of liver injury the new study found.

Experts say the number of people using kratom has risen in the United States in recent years due to its wide availability on the internet and in shops.

Marc Swogger, PhD, a clinical psychologist who focuses on the therapeutic and harmful use of substances, including kratom, at the University of Rochester Medical Center in New York, said that “well over 5 million people” are using kratom in the United States.

He said that number has risen in recent years as the supplement has become more widely available.

He added it isn’t clear from the current research whether kratom caused the injuries in the study participants.

“Case studies have too many limitations to make that leap and doing so is irresponsible,” Swogger told Healthline. “More study — including randomized controlled trials — will be important to document any positive or negative effects of kratom.”

While Swogger thinks “the risks of kratom have probably been overblown” he did note there is some risk.

“There is always some risk when you use a plant that has not been exhaustively studied and that is not regulated,” he said.

He noted that some products could be adulterated and there could be unexpected adverse reactions.

He added people who use a lot of kratom may have withdrawal symptoms if they stop.

Swogger advises people who use kratom to get it from a reputable vendor who tests the product and that they keep the potential risks in mind.

But he also says that kratom can be a “legitimate harm reduction option” that has reportedly helped people get off opioids.

The federal government has had a more critical view.

The U.S. Drug Enforcement Administration tried to make kratom a schedule I drug, the same category as substances such as heroin, and includes the descriptor “drugs with no accepted medical use.”

The DEA dropped that plan after pushback, but other agencies have moved forward with actions against kratom.

Around the same time, the Food and Drug Administration (FDA) ordered the destruction of a “large volume” of kratom products from one of the leading distributors.

Also last February, the FDA said it had identified 44 deaths since 2011 that were attributable to kratom. The CDC revised that figure in April of this year, saying kratom played a role in 91 deaths in 2016 and 2017.

“Based on the scientific evidence of the serious risks associated with the use of kratom, in the interest of public health, the FDA encourages all companies currently involved in the sale of products containing kratom intended for human consumption to take similar steps to take their products off the market,” the FDA stated in February 2018.