Is It Safe to Travel with Kratom? 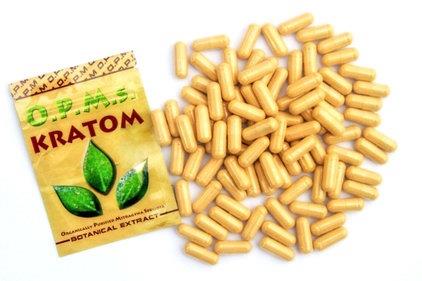 Kratom is a herbal substance that is used to treat a wide variety of conditions such as pain, anxiety, withdrawal symptoms, depression, tension, and many more. The original, high-quality product …

Kratom is a herbal substance that is used to treat a wide variety of conditions such as pain, anxiety, withdrawal symptoms, depression, tension, and many more. The original, high-quality product is usually recommended for these conditions. See Kratom One for original kratom. All of these conditions can hamper the life of an individual and negatively affect them.

Most of the people who use kratom to combat these conditions are usually dependent on it. They rely on kratom because it enables them to lead normal, productive lives and it helps them to fit into society. This means that they may at times require having kratom on hand. It however isn’t as simple as it sounds. There’s quite a lot to consider especially if a user has to travel and requires taking their kratom dosage with them.

One of the major gray areas while traveling with kratom is the legality of the drug itself. This has been a major point of misunderstanding. Kratom is legal in some areas and illegal in others. No one seems to agree on the matter of its legality. So a person might travel to some areas and get arrested, or get a free pass in others.

If you are a user you’re probably wondering, ‘Is it safe for me to carry kratom? Can I carry kratom on a plane? Can I travel with kratom overseas?’

This article will try and answer all these questions and clarify all the grey areas of traveling with kratom. So fear not! Read on to find out more!

Traveling With Kratom within the United States

There are 3-5 million regular buyers of Kratom in the United States. This has made kratom a popular topic. At one time, controversy surrounded kratom due to cases of salmonella. This made kratom to be scrutinized to seem like a shady substance.

The DEA has made attempts to ban kratom but to no avail. Currently, kratom is available throughout most of the US.

All that being said, you should note that several states have banned the use or possession of kratom and it is thus illegal. These states include Alabama, Arkansas, Indiana, Rhode Island, Tennessee, Vermont, Washington DC, and Wisconsin.

Some counties and cities within states have also banned kratom. These include:

You should, therefore, avoid traveling with kratom to these areas. Always remember to check the current status of kratom legality before traveling anywhere in the US.

Traveling With Kratom in Other Countries

You should find out the legal status of kratom throughout the world so you can decide on how much of the substance to travel with.

It’s impossible to provide a complete list of all the countries where kratom is illegal. This is because kratom is somehow a controversial substance and its legal status is constantly evolving.

Never assume that kratom is legal in a particular country just because it’s not banned.

This list is not exhaustive! There may be more countries where kratom is illegal. Before traveling with kratom you should do your homework to make sure it’s legal wherever you’re traveling to.

Even if kratom is legal at your departure or destination points, carrying it in your hand baggage could be problematic. This is because many people, including airport security, are unfamiliar with the substance. In most instances, they are likely to suspect you are carrying something illegal.

For this reason, you should always keep your kratom in your checked baggage. This way you’ll avoid any problems when traveling with kratom on a plane. If however, you need to keep it on your person, the best thing to do would be to carry it in its original and unopened package. This will make it easier to identify and avoid arousing suspicion.

Whenever the airport security finds your kratom and doesn’t seem to recognize what it is, they will most probably ask you. This is only part of the clearance procedure. Don’t get spooked. It doesn’t imply you are in danger. Instead, be cooperative and you’ll be fine, provided kratom is legal there.

Never try to smuggle kratom, even if it’s legal where you’re going. Don’t be shady because if you are arrested in some countries, the criminal charges could be very severe.

There isn’t a yes or no answer on whether it’s safe to travel with kratom . It’s all a matter of the legality of kratom in the place where you are traveling to or from. So to ensure your safety, always check the legal status of kratom in these places before traveling.

Tips for Traveling Safely With Kratom

You should keep your kratom capsules and powders in its original labeled packaging so that it is easily identifiable. If it’s legal where you’re traveling to or from then you have nothing to worry about. Do not use Ziploc bags because they raise red flags.

If airport security doesn’t know what the substance is, calmly explain to them exactly what kratom is and what it’s used for. If it’s legal, you’ll be alright!

Whether you are safe traveling with kratom is subject to interpretation. If kratom is legal in your destination then yes. If it isn’t then you shouldn’t travel with it. You will get arrested and may face very severe criminal charges. When and if you are in doubt, keep kratom at home. This will keep you out of potential trouble with the law.


Resonance has been created to bring together a community of digital nomads, entrepreneurs, innovators, wisdom keepers, alternative thinkers, mentors and light leaders from all over the planet to bridge the gap between demanding work and living a lifestyle that offers the opportunity to live and work in an environment that is nourishing and supportive.

Legal Disclaimer: MENAFN provides the information “as is” without warranty of any kind. We do not accept any responsibility or liability for the accuracy, content, images, videos, licenses, completeness, legality, or reliability of the information contained in this article. If you have any complaints or copyright issues related to this article, kindly contact the provider above.