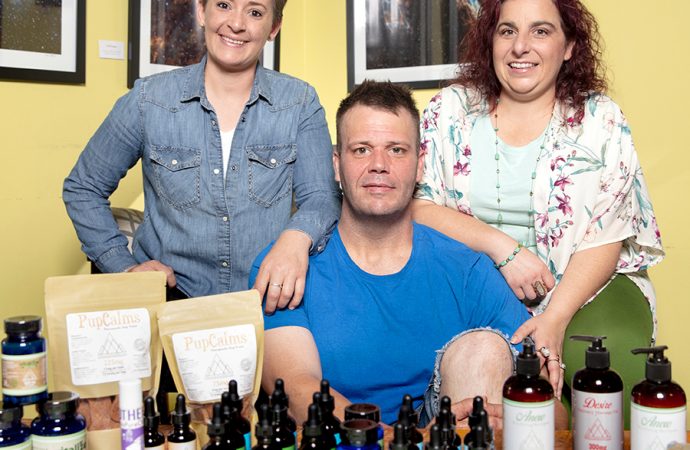 The shop carries products like CBD, loose teas and kratom. Kratom is a powdered compound from Indonesia that is used as a stimulant and painkiller, and is illegal in some states. Though CBD and kratom …

A new herbal remedy concept has opened its doors on Government Street.

Body Botanicals, nestled at 3115 Government Street in the shopping center next to Elsie’s Plate & Pie, aims to be a one-stop herbal remedy shop, says co-owner Chad Carter. The shop carries products like CBD, loose teas and kratom. Kratom is a powdered compound from Indonesia that is used as a stimulant and painkiller, and is illegal in some states.

Though CBD and kratom can be found in some gas stations and vape shops, Carter says Body Botanicals is the first boutique shop specializing in herbal remedies in the city.

The idea for the shop is one that McGraw and Carter had considered previously after seeing a similar business succeed in Mississippi. About six months ago, the two began hearing rumors that a similar concept would be opening in Baton Rouge, so they pulled the trigger and found a spot to open in Mid City.

“We wanted to be here because it’s the heart of the city,” says Carter, adding he finds Government Street to be more progressive than other areas of the city.

One challenge of starting such a business, Carter and his wife, Heather, say, is battling negative stigma that linger with CBD and kratom. By opening a business that carries the compounds outside of a vape shop setting, Carter and McGraw hope to create a setting that’s open to everyone, from the elderly to professionals.

“To me, I’m here to help people,” Carter says. “You don’t know what you’re getting at a gas station … we have lab results for all our products.”

Carter is working on launching an essential oil line through the shop and plans to sell whole hemp flower with CBD in the coming months. In the future, Carter and McGraw plan to expand the business with franchise locations, first in Lafayette and Mandeville.