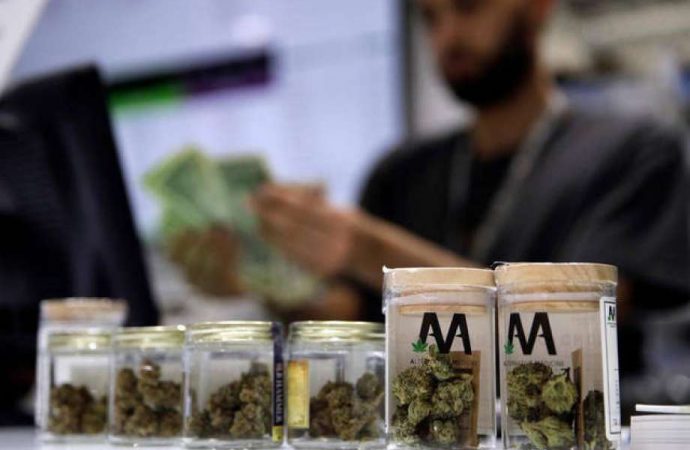 GODFREY — Village board members on Tuesday will take a closer look at vices Tuesday night, considering an ordinance regulating cannabis, discussions on expanding video gaming and a business license request to sell Kratom.

The cannabis and video gaming issues were discussed at the last board meeting. At that meeting, the board instructed attorney Phil Lading to prepare an ordinance allowing a 3 percent tax on cannabis, but took no other action to allow either sale or production in the village at this time.

Like many Illinois municipalities and counties, Godfrey must decide what it will do when recreational use of cannabis becomes legal Jan. 1, 2020. The board previously split 4-2 on whether to move ahead with the ordinance.

The village cannot regulate whether people use cannabis, but it can regulate its sale and production. There are three general options: opt out, which would prohibit production and sales except for limited personal growing for medical marijuana users; do nothing, which would allow such businesses in the community without generating any local tax revenue; or pass an ordinance establishing a tax of up to 3 percent and regulating the businesses, primarily through zoning.

At a previous meeting, Mayor Mike McCormick said he supported allowing the businesses into town but it was unlikely the village would get a retail dispensary. Under state law, only established medical dispensaries would be able to sell cannabis products Jan. 1. Madison County has one in Collinsville.

Video gaming, another hot topic in the village, will also be up for discussion. Local convenience stores have asked village officials to allow video gaming.

One of the main issues is that the state requires a business to have an alcohol “pour” license, meaning they can serve individual drinks for consumption at the business.

Convenience stores normally have a license for packaged liquor. Godfrey has several options on liquor licenses, with an “E” license that allows the sale of beer and wine being the most compatible.

Trustees have expressed concern that expanding video gaming would break a promise not to expand it when it was first allowed in Godfrey.

The village board will also consider whether to grant a business license to SS Kratom Wholesale to sell Kratom at a store in Monticello Plaza.

According to the Mayo Clinic, Kratom is an herbal extract that comes from the leaves of an evergreen tree in Southeast Asia. The leaves can be chewed and dry Kratom can be swallowed or brewed. Kratom extract can be used to make a liquid product marketed as a treatment for muscle pain or to suppress appetite and stop cramps and diarrhea. Kratom is also sold as a treatment for panic attacks.

At low doses, it acts as a stimulant. At higher doses, it reduces pain and may bring on euphoria. At very high doses it acts as a sedative and is sometimes used as a substitute for opium in traditional Asian medicine.

It is not regulated, but the sale has been banned in several local communities, including Glen Carbon, Jerseyville and Alton. The U.S. Food and Drug Administration warns people not to use the substance, saying it affects the same opioid brain receptors as morphine and appears to have properties that expose users to the risks of addiction, abuse and dependence.

”There are no FDA-approved uses for Kratom,” the FDA website states, “and the agency has received concerning reports about the safety of Kratom. FDA is actively evaluating all available scientific information on this issue and continues to warn consumers not to use any products labeled as containing the botanical substance Kratom or its psychoactive compounds.”

McCormick said he reached out to Alton Police Chief Jason Simmons and sent trustees an email from Simmons outlining reasons why Alton banned its sale.

“Kids were getting sick severe stomach issues, panic attacks and other ailments,” the email said. It also stated there have been deaths related to its usage.

McCormick said he is unsure what the village will do, but said they may be inclined to ban Kratom.