Family warns about dangers of kratom 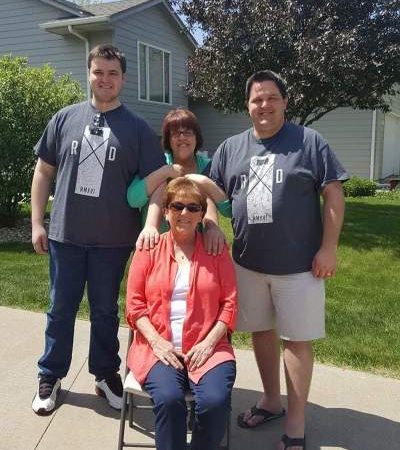 Kratom, a plant from Southeast Asia, is connected to 91 accidental overdose deaths in 27 states in the latest data available on the substance from the Centers for Disease Control. Another 61 fatal …

Kratom, a plant from Southeast Asia, is connected to 91 accidental overdose deaths in 27 states in the latest data available on the substance from the Centers for Disease Control.

Another 61 fatal drug overdoses were found to have kratom in their bloodstreams, although other drugs may have been responsible for the deaths.

According to the South Dakota Department of Health there have been three deaths where kratom was blamed as the cause this year, that’s up from just one in 2019.

It’s perfectly legal to buy kratom and as we showed you in our KELOLAND News Investigation last night into “The Kratom Controversy,” there’s a lot of money behind the effort to keep it that way.

Now a Sioux Falls family is grieving the loss of 27-year-old Jacob Helmbrecht, whose primary cause of death, as ruled by the Minnehaha County Coroner, is kratom. But the kratom lobby claims kratom is never the cause of death and coroners are getting it wrong.

27-year-old Jake Helmbrecht’s personality was about as big as his size.

“He was 6’4′– a big guy–but when he came over, the couch was his–there was no one moving him. He had a heart that was golden and true,” Jake’s brother, Brian Helmbrecht, said.

“There wasn’t a time I would say ‘no,’ to go hang out with him because he would just light up the room and his laugh was one of the best things,” Jake’s niece, Haley Morton, said.

However, Jake suffered from severe social anxiety and discovered in college that drinking helped. He struggled with alcoholism most of his adult life.

He’d been through treatment once but went back to drinking. Then in January, something changed.

“I remember looking up to the sky and saying, ‘God, I need to hear from Jake today.’ All of a sudden my phone rang. It was him and he said, ‘Mom, I need help,’” Jake’s mom, Lynette Gussiaas, said

Jake went into Keystone for treatment, and then entered a sober living home, where he appeared to be doing well.

“HIs eyes were bright, he was happy. He was a different kid,” Gussiaas said.

But in the back of their minds, his family was always concerned about relapse.

“I always worried about him. Was I going to get a call one day that he was gone,” Melissa Morton said.

That dreaded call came on Sunday July, 26th. But it wasn’t alcohol poisoning that killed him. According to his official autopsy report, Jake’s accidental death was caused by Mitragynine toxicity

“What? What is this?” Melissa Morton said.

Mitragynine is the compound in the plant known as kratom. Jake’s family says texts on his phone show he bought kratom capsules legally from a store just a few days earlier hoping they would help his anxiety.

“If he would have know what the risk was, he wouldn’t have took it,” Melissa Morton said.

Jake’s toxicology report shows he had a non-significant level of ethanol, therapeutic levels anti-depressants and anti-anxiety drugs and heart medication and some caffeine and nicotine in his system.

The report states that there was a fatal level of Mitragynine in his blood.

“The coroner said that was the main cause of death,” Melissa Morton said.

However, the national lobbying group that wants to keep the substance legal disputes any medical report issued stating kratom is the cause of death.

“We’re saying it is not a conclusion that is valid to say that kratom is the cause of death. There are other contributing factors just as there are in many other factors in deaths that are there,” C. M. “Mac” Haddow of the American Kratom Association said.

Jake was overweight and was on blood pressure medication. The American Kratom Association claims that coroners across the national have been unduly influenced by the Food and Drug Administration, which says there are no approved uses for kratom and warns of its dangers.

“But to call it the cause of death is wrong and they should retract that statement,” Haddow said.

Haddow is a lobbyist, not a medical doctor.

Kennecke: Do you think kratom killed him?
Brian Helmbrecht: 100 percent. Per the autopsy and per the toxicology it was accidental and it was kratom.

Jake’s family believes had the South Dakota Legislature approved a ban of kratom, which was brought up in the 2020 session, Jake may still be alive.

Brian Helmbrecht: When I drive around this town, I tear up–all I see is kratom, kratom, kratom. My heart sinks and I think if we can save someone’s life.

Kennecke: If you could put a sign next to their sign, what would you say?
Melissa Morton: I’d put a big sign with his picture on there and just say “kratom killed him.” it killed him.

The family plans to ask the legislature to consider regulating or banning kratom in next year. They hope by telling his story, people will be more cautious when it comes to the use of this legal substance.

“I feel him all the time. I believe he is here right now and helping us through this. I’m just going to say, i want justice for Jake,” Gussiaas said.

We asked the Minnehaha County Coroner, Kenneth Snell, if anything else could have caused Jake’s death and he told us if the other drugs contributed they would be listed as a contributory to the cause of death final statement, which they were not.

The DEA announced it planned to reclassify kratom as a schedule one drug in 2016, but backed down after major public backlash.