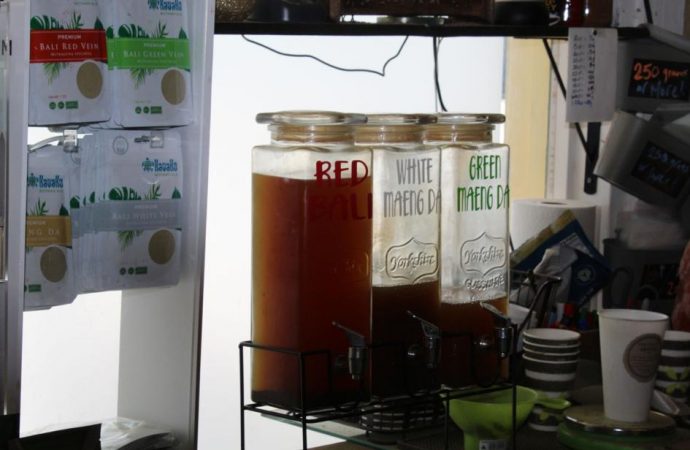 now and other products,” Pinellas County Sheriff Bob Gualtieri said at the time. In July 2017, Christopher Waldron became the first confirmed death from kratom use in Hillsborough County. “He was a …

CLEARWATER — If they haven’t died from kratom, young people are battling neurological damage, memory loss, inability to concentrate, and other physical ailments that halted their path to a full life.

Sometimes only their parents are around to testify to what happened.

“We spent thousands of dollars on neurologists and on psychologists, trying to see if we could help her brain,” Mary Tabar said of her daughter before the Clearwater City Council on Oct. 2. Tabar believes her daughter has been permanently disabled by mitragynine, which frightened parents and young consumers know as kratom. Tabar and her husband Brett described their daughter as a high-achieving student reduced to a shadow of her former self, a young woman permanently damaged by kratom use.

“We had a 15-year-old, straight-A student who played three different sports and was doing college classes by 10th grade,” Mary Tabar told City Council members in a quiet voice. “They opened up this tea bar — we thought at the time it was like a Starbucks — and she was hanging out there more and more. The next thing we know, she went into psychosis, lost all her scholarships, and she still has brain issues to this day. She has loss of concentration, delusions, bits of rage, and now that she’s completely clean, she can’t keep up in school. She returned to college but she could only complete one semester.”

The Tabars want the council to ban tea rooms, like the one their daughter frequented, and to make it illegal to distribute or sell kratom in the city.

“I really hope if you guys are considering a ban on it that you do your homework, do your research,” Mary Tabar said. “It’s not approved by the Federal Drug Administration (FDA), but when (tea rooms) put a sign up across the street from a high school saying this will help you with anxiety, it draws kids in.”

Kratom has been illegal in Thailand since that nation passed The Kratom Act in 1943, and Alabama, Arkansas, Indiana, Vermont, Wisconsin and a growing list of cities have banned the product from their communities.

A generation of users hurt?

“The stuff mostly affects younger people under 25 when the brain is still developing,” he said. “Several of our young friends have been in and out of mental institutions, but they were normal when they were young and hung out with our daughter.”

Ironically, the American Kratom Association — and some doctors — recommend kratom for reducing discomfort while withdrawing from opioids and other drugs.

Kratom, often branded and sold in small, plastic bags or as a green powder inside clear capsules, is easily available in Clearwater. It can be purchased online and can be bought legally at vape stores and tea rooms like The Garden of Tea on Gulf to Bay Drive, which advertises “100% Lab Tested Kratom” that is “3rd Party Certified for Purity & Potency.”

“Lives are saved by kratom, it helps change people’s lives,” said Cox, who said he plans to open a second Garden of Tea location. “Kratom is in the coffee family and has been used as a medicine for more than 3,000 years in the Far East. There’s never been a recorded death overdose from kratom, it’s not synthetic, it’s all natural.”

Cox also believes Big Pharma is using the federal government to keep independent distributors of the “natural medicine” in place. He recommends people watch “Leaf of Faith,” a pro-kratom video on Youtube.

Kratom’s formal name, Mitragyna speciose, is a tropical evergreen tree native to Southeast Asia, and while it is true the FDA has not banned the substance or halted its import, that doesn’t mean the federal government isn’t keeping an eye on it.

The FDA identified at least 44 deaths related to kratom in 2017 and warned against the use of kratom, stating that it could expose users to risk of addiction, abuse and dependence.

The FDA also warned companies to stop marketing it as an aid against withdrawal symptoms or as a provider of other health benefits.

Though the National Institute on Drug Abuse says two compounds in kratom leaves, mitragynine and 7-α-hydroxymitragynine, produce sedation, pleasure, and decreased pain, users report increased energy, sociability, and alertness instead of sedation when it is taken in smaller amounts.

“However, kratom can be addictive and can cause uncomfortable and sometimes dangerous side effects,” NIDA states.

The federal Department of Health and Human Services recommended a ban on the chemicals in kratom in 2017.

The American Kratom Association, a lobbying group of kratom distributors, blames the deaths on the presence of other drugs in the victims’ systems. To battle the anti-kratom message, the well-heeled group makes webinars, handouts, and other pro-kratom material available for download from its website at americankratom.com. It has an online petition asking Donald Trump “to get an FDA Commissioner who will follow the science on kratom.”

Should the City Council make a move to ban the substance, it seems certain that they will hear from members of that association.

City Manager William Horne, who listened intently as the Tabars described how kratom damaged their daughter’s life, said his staff is weighing solutions. The city does not yet have a timeline for the possible banning of the substance.

City Attorney Pam Akin has asked Assistant City Attorney Matt Smith to review the legal status of kratom and its danger to the health of residents. Once he’s finished, the police department will make recommendations to the City Council, Horne said.

Smith told the Beacon that he is still gathering information, but “kratom does not appear to be a controlled substance,” Smith said. “We are trying to determine what health risks, if any, are associated with kratom, and what actions can and should be taken to protect the public.”

“The Clearwater Police Department is aware of kratom, but its use has not been an issue in Clearwater,” Horne said. “Clearwater police have been focused on a variety of illegal hard drug trafficking and use in the city.”

Again, that does not mean Clearwater police officers aren’t keeping an eye on it.

When asked whether his officers arrest or ticket people who possess kratom, Clearwater Deputy Police Chief Eric Gandy said, “kratom is currently not classified as an illegal substance/drug in Florida, so the answer to all would be no, with the potential exception of DUI.”

In other words, kratom use could result in an impaired driving arrest.

“It could be possible for someone to be arrested for DUI after using it in situations where a law enforcement officer establishes probable cause that the driver’s ‘normal faculties’ were impaired,” Gandy told the Beacon.

The death toll from kratom is not just among users, and that’s what has communities worried.

A 35-year-old Seminole man with Down syndrome died May 9 after spending several hours in the back of a van that Pinellas County Sheriff’s detectives described as “sweltering.”

The driver of the van, 26-year-old Joshua D. Russell, was arrested in September and charged with aggravated manslaughter of a disabled adult.

The reason? Russell had driven the van to his home in Seminole, went inside, and “parachuted” kratom by pouring the powder into toilet paper and swallowing it. He sat back in the driver’s seat, passed out, and awoke a couple of hours later. When he looked in the backseat of the van, he found the Down syndrome man slumped and unresponsive in his wheelchair. He was dead.

It’s not that Russell was a bad person. After he realized the man was dead, he went inside his house and got a gun. He then threatened to commit suicide. His mother, who had her son on the phone, talked him out of it.

In July 2017, Christopher Waldron became the first confirmed death from kratom use in Hillsborough County.

“He was a recovering addict, using kratom thinking it would wean him off opioids,” his mother, Laura Lamon, told the City Council. “He passed away in the night and the coroner found he died from acute kratom intoxication.”

News reports at the time stated that a toxicology report showed her son’s mitragynine levels at 1.8 milligrams per liter, which is unusually high. Leszek Chrostowski, Hillsborough County’s associate medical examiner, told a local television station that if the 27-year-old hadn’t taken kratom, “the guy would still be alive.”

Lamon, who said her son talked about his desire to quit opiates and spoke openly about his embarrassment at being addicted to pain pills, started an online community for families hurt by kratom use.

“I started a private Facebook group to bring together family members who have also been affected by kratom, who have lost kids to dying, and the page has grown big over the last couple of years,” she said. “It’s an uphill battle, there are groups out there for kratom addiction that open your mind. There are thousands of members.