Board of supervisors rescind 13-month countywide ban on kratom 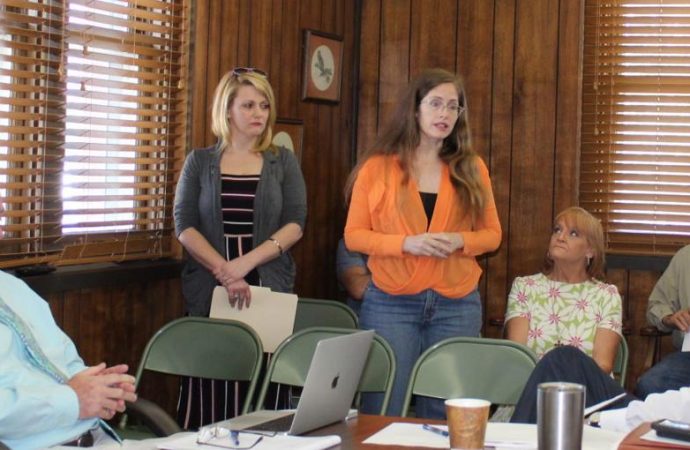 ABERDEEN – A delegation of citizens, business owners and advocates of kratom made impassioned pleas June 1 for the board of supervisors to overturn the countywide ban on the controversial herbal …

ABERDEEN – A delegation of citizens, business owners and advocates of kratom made impassioned pleas June 1 for the board of supervisors to overturn the countywide ban on the controversial herbal supplement for treating chronic pain. Their attempt was successful as the board voted 3-2 to lift the ban.

Representatives from the Crime and Addiction Task Force of the Lowndes County Foundation requested for the previous administration of supervisors to pass the ban last March, making it the seventh county in the region to approve a kratom ban.

During June 5’s meeting, board attorney David Houston presented an order he prepared on the matter, which included a provision prohibiting the sale or kratom to people younger than 21. The order was approved and will be published once in the Monroe Journal.

During last week’s meeting, kratom advocate Vickie Rose gave a legislative update on public hearings in Jackson before the legislature’s judiciary B and drug policy committees.

“Neither committee took action to ban use of the product, choosing to leave the issue to county and local governments,” she said. “Family members offered overwhelming support for the product in their testimony.”

“I take it because of chronic pain. I have from injuries from a car wreck 32 years ago. I take it only when I hurt. I was an alcoholic because of the pain. I was on pills,” Owings said.

She began taking kratom that her husband found for her in December 2017.

“I’m not addicted to alcohol or pain pills anymore. I got my life back and my family got me back,” she said.

Board president Fulton Ware stated his opposition to lifting the ban in order to protect the children of Monroe County. Owings countered that the product is not sold to minors.

Businessman Reno Rayyan complained that he is losing customers to stores in neighboring counties who are shopping for kratom. He asked Sheriff Kevin Crook if he has had any cases in that kratom has been demonstrated to harm a user. Crook said he hasn’t encountered any cases in the six months he has been in office.

District 3 Supervisor Rubel West’s comments indicated that the board was not unilaterally opposed to lifting the ban.

“I’m on the fence about it, but I’m behind the sheriff,” he said of enforcement.

Supervisors met for half an hour in executive session before going back into open session to take the vote. West made the motion to rescind the ban, with District 1 Supervisor Joseph Richardson seconding it. District 2 Supervisor B.R. Richey joined the two in voting in favor of rescinding the ban, while Ware and District 5 Supervisor Hosea Bogan voted in opposition.

“You’ve made history,” a delighted Rose said to the supervisors as the delegation left the room.

In other business, Ware presented a $500 Mississippi Association of Supervisors Scholarship to Taya Baggett of Hamilton, who will be attending Itawamba Community College and the University of Mississippi.

Monroe County Emergency Management Agency Director Donna Sanderson updated the supervisors on the distribution of free n95 masks throughout the county as part of continuing efforts to protect citizens from possible coronavirus exposure.

Bogan made a plea for more masks, saying there is a great need for them in his district that exceeds the supply available. Sanderson said she has more masks ordered.

Bogan furthermore relayed an offer from a possible source downstate that offered assistance to him in recouping costs for personal protection equipment connected with the pandemic. Sanderson gladly accepted Bogan’s offer to arrange for a conference call to explore that possibility for Monroe County.