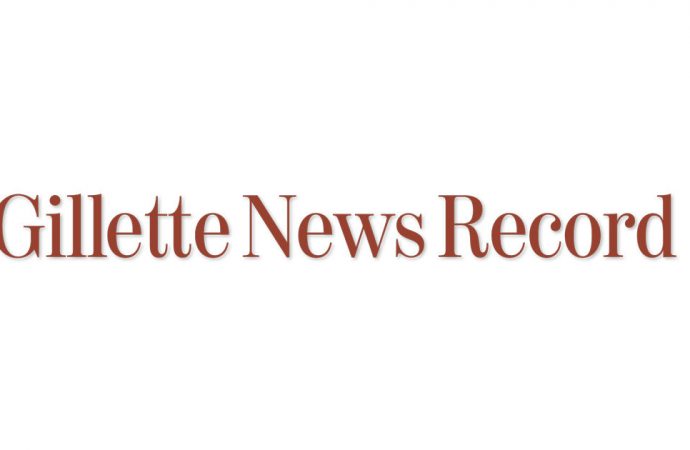 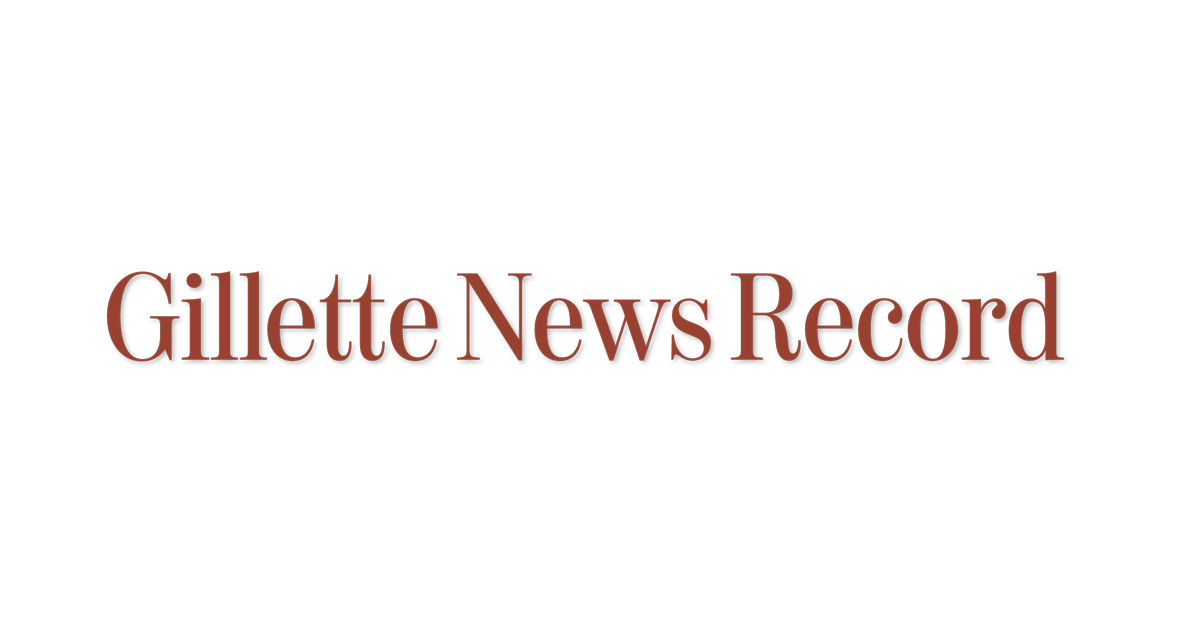 “I had a really hard day and I was in a ton of pain and had one (CBD) sucker and all of a sudden I was relaxed and all of the pain kind of lifted away,” she said.

A bill has been drafted in the Wyoming Legislature that would tighten regulation of cannabidiol (CBD) and hemp products in retail settings and restrict the variety of these products that can be sold.

If passed, the bill would make it much harder for local residents to acquire these products.

Minimal regulation currently exists regarding the sale of CBD and hemp products in Wyoming retail stores.

In an effort to rein in this industry, Powell Police Chief Roy Eckerdt encouraged Sen. R.J. Kost (R-Powell) to draft “21LSO-0088,” an agriculture, state and public lands and water resources committee bill that prohibits the processing, possession and retail sale of smokable hemp along with CBD food and beverage products. CBD oils would be excluded from this action.

“It’s an attempt to try to eliminate where the crossover between marijuana and hemp is so difficult to be able to identify,” Kost said.

The bill would also restrict CBD products in Wyoming from being marketed as a dietary supplement, with a mandatory notice on product labels stating that the item has not been approved by the federal Food and Drug Administration for preventing, treating or curing diseases, as well as making any other medical claims.

Eckerdt said he is against selling CBD food products in local stores and that CBD can compound blood thinning medication, negating the effectiveness of anti-rejection medication taken by organ transplant patients.

He said although the committee has agreed to take on the working draft, major aspects of the draft could change by its next meeting in November.

Justin LeBlanc, owner of Capitol Kratom in Cody, said his CBD, hemp and kratom products have medicinal benefits, ranging from relaxation to energy boosts, and can also help alleviate pain and soreness. He takes CBD and kratom to ease pain brought on by the 30 bolts and screws in his body, fusing neck and back.

“I take no aspirin, I take no ibuprofen, and honestly I don’t trust it,” LeBlanc said. “I take kratom, CBD and I’m good to go.”

LeBlanc said he has tried to be as transparent as possible about his business operations.

“I’m not trying to do something shady,” he said. “Why would a guy risk it?”

He said he expects the state’s level of allowable THC to increase to 1% in the future, still far below a level of intoxication.

Hemp and CBD products are only allowed in Wyoming with a 0.3% or lower THC content, but the Wyoming Department of Agriculture is charged with taking these field tests and are only allowed to test Wyoming-grown hemp. But when law enforcement sends a plant or product away to calculate its THC, it costs them about $450, Kost said. This price makes it cost prohibitive for law enforcement officers to discern between smokable hemp and traditional marijuana, as they look nearly identical.

Eckerdt said he is not opposed to all hemp activity in Wyoming but, like legislators he’s talked to, would like to see it take place under an agricultural umbrella.

“It’s kind of a Pandora’s Box when you open it up so we push to try and make sure regulation is in place before it’s opened as opposed to playing catch up,” he said.

In 2019, the Wyoming State Legislature legalized industrial hemp and the Department of Agriculture was granted the authority to regulate the hemp industry in Wyoming.

When it submitted a regulatory plan to the U.S. Department of Agriculture, CBD was removed from the state’s list of controlled substances.

“They opened the door and didn’t even think about the consequences of letting the horse run away,” said Park County Commissioner Joe Tilden, who originally supported the legalization of hemp. “Now, how do we get the horse back in the barn and get the door closed?”

Neighboring states Montana and Colorado both have legalized medical marijuana while recreational marijuana is also legal in Colorado.

Eckerdt said as certain products start to become normalized in a community it becomes a “rabbit trail” for more deregulation.

“They put some basic stuff on the books, but it’s left for us to deal with on our borders,” Eckerdt said.

Counties and municipalities can create ordinances and restrictions for businesses selling CBD and hemp products the same way they do with bars as far as how close those establishments can be to schools, libraries and public parks, and the type of signage they can use on their building.

Ordinances can also be developed in regard to business hours, how many plants a business can grow, if plants are allowed to be seen from outside the property, how customers are served, and even smells permitted to emit from the business.

Currently there are no specific restrictions placed on businesses selling CBD and hemp products in Wyoming and Cody. The City of Cody requires specific licensing only for liquor, taxi and pawn shops.

Capitol Kratom, located on East Sheridan Avenue, falls under rules for the “light industrial” zone where it’s located. No other special regulations were placed on the business when it opened in October 2019, and it does not have an overhead sign. Prior to opening his storefront, LeBlanc ran his business out of his home for a few years, selling only kratom.

Cody Mayor Matt Hall said the city has not considered any special ordinances or regulations for these types of businesses at this time.

Eckerdt said certain rules can also be put on hemp growers as well, such as constructing a fence around their property.

Federal regulations do exist for businesses selling vaporizer and general tobacco products, including putting tobacco products behind the counter and a 21-year-old age limit. These same regulations do not apply to smokable hemp and CBD. Also free from regulation is the type of stores that can sell these products. Eckerdt said local gas and convenience stores have started selling the products.

Morris worries consumers may not perceive a difference among hemp, CBD and marijuana and may start using all three liberally.

No state age limit exists for purchasing any hemp or CBD products, but LeBlanc said they only sell smokable hemp to minors who enter with a parent or guardian.

Eckerdt also mentioned kratom in his presentation. A brown leafy “supplement that is sold as an energy booster, mood enhancer, pain reliever and antidote for opioid withdrawal,” according to The Mayo Clinic. LeBlanc said kratom is typically mixed in with liquids.

According to The Mayo Clinic, researchers have found problems caused by kratom outweigh the potential benefits as it can cause problems like agitation, seizures, rapid heart rate and high blood pressure. Henry Spiller, director of the Central Ohio Poison Center, said in extreme cases, a kratom overdose can put a person into a coma, stopping breathing or causing kidney failure.

LeBlanc said it would take at least 3 kilograms of kratom to overdose.

“It’s new, it’s from another country,” she said. “They can’t regulate and tax it.”

The National Institute on Drug Abuse has identified kratom as an emerging drug of abuse and the Drug Enforcement Agency listed it as a drug of concern this spring.

Eckerdt said there have been five Title 25 mental intake holds in the past six weeks with a kratom presence in the body a contributing factor.

“That was a factor in their suicidal ideation,” he said.

Eckerdt said the substance has “psychedelic effects,” but LeBlanc said this is “impossible,” as he said an individual would experience severe vomiting and discomfort before reaching this point.

Although it does interact with the brain’s opiate receptors, LeBlanc said this occurs in almost identical ways to the way chocolate, turmeric and breast milk also release a small amount of serotonin in the mind.

“Kratom has some opioid effects but low respiratory depression and abuse potential compared to opioids of abuse,” according to a Psychopharmacology published study.

Although the study did find kratom to have pharmacological properties that support some level of controlled substance scheduling and recommended FDA regulation, it did not support banning it outright as doing so “risks creating public health problems that do not presently exist,” the study said.