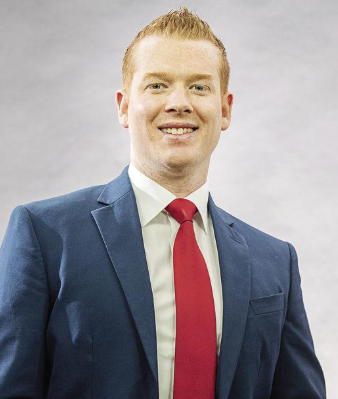 We would like to see kratom regulated and that would hold vendors accountable for selling plain leaf kratom, unadulterated product. That is definitely something we’re for and we’d like to introduce …

POCATELLO — Bannock County Coroner Ely Taysom didn’t know kratom existed before a large amount of the drug was discovered in the system of Ariel Fernando Arellano, a 22-year-old Pocatello man found dead of hypothermia in April.

Since then Taysom has delved into the intricacies of kratom. He’s concerned about citizens overconsuming the drug, but his primary goal is to push for more regulations regarding manufacturing of kratom.

Kratom is legal and unregulated and is sold at local stores and online. The substance has stimulant and sedative effects, according to the U.S. Drug Enforcement Agency.

The DEA lists kratom as a “drug of concern.” Kratom has been used for opiate withdrawal, anxiety and for something as simplistic as a cough, according to WebMD.com, which states there is no scientific verification that the drug remedies the aforementioned symptoms.

“I want to be crystal clear: I do not think kratom should be banned,” Taysom said. “I do think that kratom should be accessible. However, it’s very important that kratom is regulated in order to protect the consumers, so they’re not getting kratom that is enhanced or concentrated or adulterated.”

The Centers for Disease Control and Prevention reviewed overdose deaths from 32 states and the District of Columbia from July 2016 through December 2017, finding 91 cases in which kratom was a contributing factor of a death, including seven deaths in which kratom was the only substance found in postmortem toxicology.

Arellano did not suffer a drug overdose but drugs were a factor in his death, according to autopsy and toxicology reports. Marijuana was the other drug found in Arellano’s system, but kratom was clearly a larger factor based on the blood concentration of the two substances, according to Taysom.

A jogger found Arellano’s body near a City Creek trail west of Pocatello on a snowy and cold April day. Authorities believe Arellano became incapacitated because of the abundance of kratom in his system and then froze to death.

Taysom said the amount of kratom in Arellano’s system exceeded the level of documented cases of kratom intoxication he’s seen and was significantly higher than the amount of the drug normally used for medicinal purposes.

“I honestly don’t know how he achieved a (kratom) blood concentration as high as he had without vomiting,” Taysom said. “I think it’s likely that he got a sample of kratom that was enhanced in some way because he had a concentration that was high enough to intoxicate him.”

Taysom reiterated he is not trying to “demonize” kratom or its users. He is only looking to express the need for regulation. In its natural form, Taysom says the drug is “quite benign” and “not very potent.”

“Kratom overdoses or kratom injuries are rare, right? It’s not a big problem in the United States,” Taysom said. “So using kratom is actually less harmful than many of the other prescriptions and recreational drugs out there. However, if you get a sample of kratom that is concentrated or enhanced in some way or adulterated, there is a risk of overdosing. And that is why kratom needs to be regulated.”

Before touching on regulation, Stachowicz first noted the importance of kratom, saying it would be a public health emergency if the drug were banned.

“The millions that are utilizing kratom safely — if their legal access was cut off — it would lead to them utilizing more dangerous and addictive drugs and opioids, and it would definitely lead to more people dying,” Stachowicz said. “Secondly, there is a consensus among the leading candidates in the kratom community that we’re for regulation. As you know, federally, it is unregulated. We would like to see kratom regulated and that would hold vendors accountable for selling plain leaf kratom, unadulterated product. That is definitely something we’re for and we’d like to introduce legislation in the state of Idaho this coming session that would do that.”

He said kratom is a safe option amid a well-known opioid crisis in the United States. The rate of synthetic opioid overdose deaths, excluding methadone, was 9 per 100,000 Americans in 2017, compared to 6.2 the previous year and 0.3 in 1999, according to the Centers for Disease Control and Prevention.