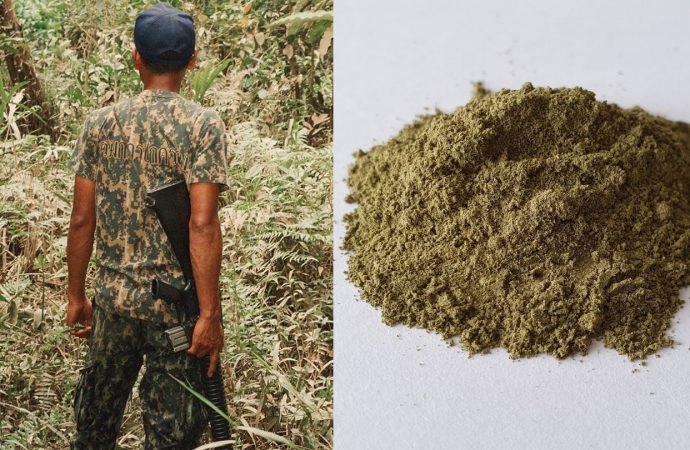 This article originally appeared on VICE ID. At first glance, kratom doesn’t seem like anything special: a light green plant with red veins, about two meters tall. Kratom falls under the tree family …

At first glance, kratom doesn’t seem like anything special: a light green plant with red veins, about two meters tall. Kratom falls under the tree family and is considered an endemic tropical plant only found in Indonesia, Malaysia, the Philippines, Thailand, and Papua New Guinea.

There are no historical records indicating when humans began consuming kratom, but the plant’s benefits have been widely known for ages. Its leaves are edible and can be ground into a powder and brewed into a tea. The only downside? It’s extremely bitter.

Kratom is a magical leaf of sorts, having a calming and painkilling effect. It’s used as an herbal remedy to treat tiredness, insomnia, and inflammation. Kratom is also known to help users recover from drug addiction.

But recently, kratom has been the subject of ongoing debate. On one hand, kratom is a lucrative source of livelihood for tens of thousands of farmers in Indonesia. On the other hand, the Indonesian government is considering banning it due to its addictiveness.

The National Anti-Narcotics Agency (BNN) claims kratom contains opioids, the alkaloid mitraginin, and 7-hydroxymitragynine making it highly addictive. This has led to a push for anti-kratom legislation.

“Small quantities of kratom act as a stimulant like cocaine, but larger doses act similarly to opioids, like morphine and heroin,” Adhi Prawoto, head secretary of the BNN, told Antara. “It’s more dangerous than morphine, and the drug categorization committee of the Ministry of Health has recommended that the kratom plant be classified as a schedule 1 narcotic.”

Currently, there are no laws regulating kratom use or distribution. But the BNN has already began calling for farmers to switch to another crop in the next five years, as they wait for anti-kratom legislation to come into effect. This will affect a large number of Indonesan farmers.

When the price of rubber and palm oil plummeted, Indonesian farmers switched to kratom. A kilogram of kratom is quite valuable at roughly US$30. With such a high demand for the plant, especially in the United States, that profit adds up.

Based on data from the United States Kratom Association, there are five million kratom users in the US. As of 2016, the Botanical Education Alliance puts the number of US kratom retailers at 10,000, supporting a billion dollar industry. If current trends continue, that number will rise.

In West Kalimantan—one of the largest producers of kratom in Indonesia—tens of thousands of tons of kratom are exported to the US every month. Last year, Pontianak’s postal service recorded that 90 percent of overseas shipments were kratom powder. But locals enjoy the substance too. At coffee stands, brewed kratom is readily and cheaply available.

The BNN’s calls to slowly phase out of kratom distribution has also impacted other sectors, like the Indonesian Post, which stopped facilitating kratom shipments in October 2018. This led to a monthly revenue loss of US$70,800.

The U.S. Food and Drug Administration (FDA) is also worried about the increased popularity of kratom in the country. The agency claimed 44 people died of kratom overdose throughout 2017. The US currently has no regulations on kratom distribution, but FDA has repeatedly launched campaigns by sending warnings to import companies, seizing kratom, and recalling processed kratom products that enter the country. So far, there have been no reports of death involving kratom overdose in Indonesia. C.M Haddow of American Kratom Association explained to Inverse.com that FDA pressured BNN into setting a five-year transition period. “Top FDA officials had encouraged the [Indonesian] Minister of Health to help the United States by banning the exportation of kratom,” Haddow said. FDA denied the claim.

Watch VICE documentary highlighting the use of ketamine as an alternative treatment for depression:

As expected, those in the kratom industry are pissed at the developments. Abdul Hamid, the manager of the Indonesian Kratom Employers’ Association, hoped the government would give them ten years at least, and conduct comprehensive research to find out the content and side effects of kratom. BNN’s warnings have caused a decline in kratom cultivation over the past year, with Kratom suppliers now having to reduce their production, at least until the legal status becomes clear.

“How can we improve our economy if kratom is banned? That’s why we, as kratom suppliers, will never stop urging the government not to ban it,” Hamid told VICE.

Member of Commission IV of the House of Representatives Daniel Johan also told local media that there had been no scientific research and tests on kratom, so the ban on kratom production and consumption is ungrounded. He added that the ban would actually waste the country’s commodities.

“The government can’t just make something illegal, without doing in-depth research first. It’s like wasting our own treasure.” Daniel said. “The ban will only make our commodities go to waste.”